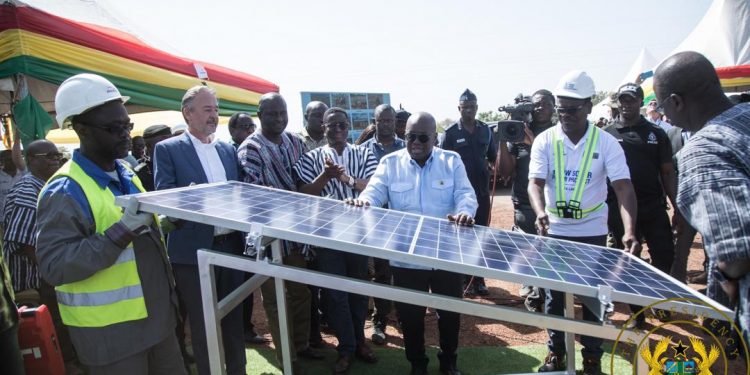 President Nana Addo Dankwa Akufo-Addo, on Tuesday, 4th February 2020, cut the sod for the construction of two solar power plants in Kaleo and Lawra, all in the Upper West region, under the 17-megawatt peak solar power project.

According to President Akufo-Addo, this project reaffirms the commitment of his Government to diversify the country’s energy generation portfolio, and, thereby, help increase the renewable energy component of Ghana’s energy mix, and contribute to her fight against the effects of climate change.

With the solar project coming on the heels of the construction of the Pwalugu Multipurpose Dam and Irrigation Project, the 17-megawatt project is being funded by the German Government’s Development Bank, KfW, at a cost of €22.8 million.

He continued, “the project at Lawra is scheduled to be completed in June this year, with the one in Kaleo also scheduled to completed by December this year. When finished, both projects will generate enough energy to power some thirty-two thousand (32,000) households, and increase the geographic spread of power generation in the country”.

These solar power plants, the first of its kind in the region, this means that this region also has its fair share of power generation assets in the country.

This, President Akufo-Addo stressed, will be the first grid-connected solar power plant in the Upper West Region, and he was, thus, expectant that it will serve as the impetus for the development of the region.

“The plants will also reduce the amount of energy that would have, hitherto, been transmitted from the hydro and thermal plants located in the south, and, thereby, help reduce transmission losses on our national grid. It will also create employment for our youth during the construction and operation stages of the project,” the President added.

Having been assured by the Volta River Authority that, just as is being done at the 2.5-megawatt peak plant at Navrongo, the 17-megawatt peak solar plants will be operated and maintained by Ghanaians living in Kaleo and Lawra, the President encouraged the youth in these areas to stand in preparedness for this wonderful opportunity. 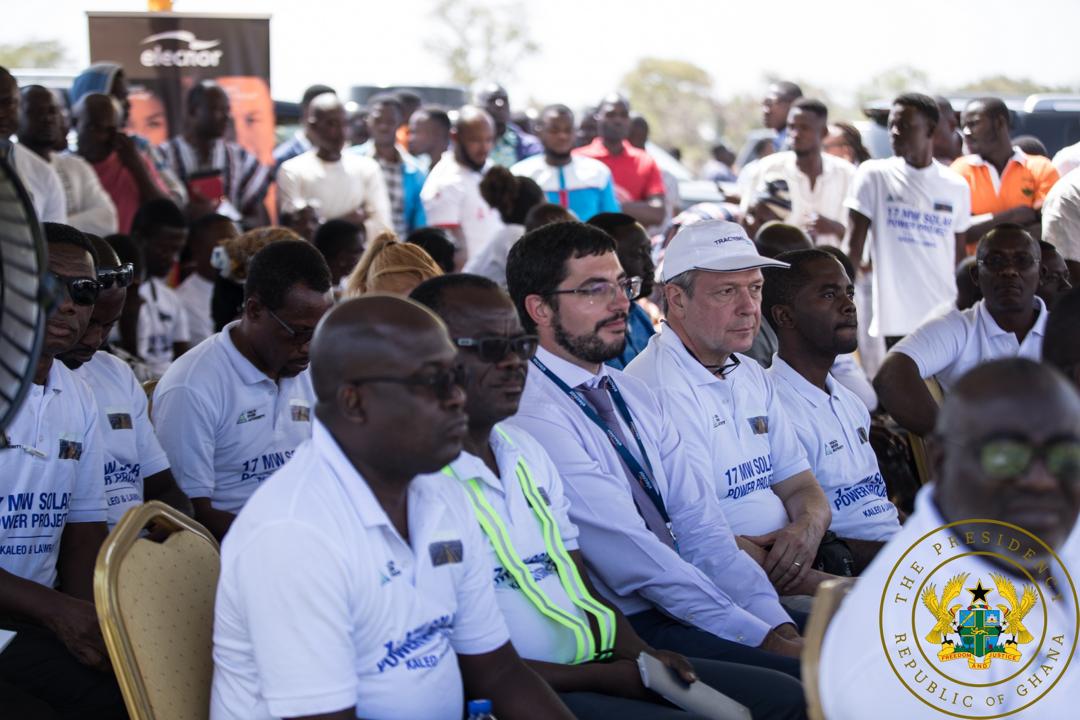 “I am looking forward to educational institutions in the Upper West Region bringing their students to see the practical demonstration of an operational solar plant. Students will have the opportunity to do their internships and National Service at these plants, thus, increasing their knowledge in the field of solar energy”, he said.

Tertiary institutions, President Akufo-Addo noted, can also collaborate with the VRA to undertake research in areas that will improve the efficiency and sustainability of the plant, amongst others.

“We should get our next generation of solar energy experts from this region,” he added.

Whilst commending the Ministries of Finance, and Energy and, in particular, the Volta River Authority for the roles they have played in bringing this project to fruition, the President told the contractor “you have no reason to delay the timely execution of this project.”

The cost of the electrical generation components for the proposed Pwalugu Dam is too expensive and must be renegotiated.

This is according to the Minority Leader, Haruna Iddrisu.

The 60MW facility is expected to cost 366 million dollars.

Together with the irrigation component of the dam, the entire project is estimated to cost close to a billion dollars.

The Minority resisted the passage of the loan for the project in the early hours of 24th December 2019 before the House went on recess.

The Tamale South MP maintains the deal must not be passed in its current state.

“I think the proper thing will be for the Committee of Finance and the Committee of Mines and Energy to re-examine this particular request. Other than that you cannot spend GHS366 million dollars on 60 megawatts of electricity…Ideally, I made a comment that the appropriate thing will be for the committees to re-examine it. We do not just look at terms and conditions but we look at its impact on the economy and the Ghanaian people.”

Meanwhile, the First Deputy Majority Chief Whip, Matthew Nyindam has said the Minority is running ahead of its self.

“We thought that it is a legitimate concern. There is a report that is already on the Floor of Parliament. We will want to raise the report and if there are lapses that are overwhelming, to the extent that the committee has to withdraw the report and go and sit on it we will definitely allow that to happen ”. 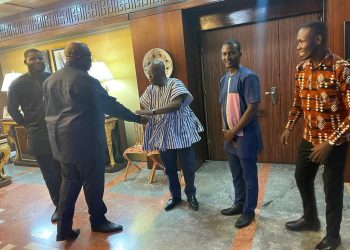 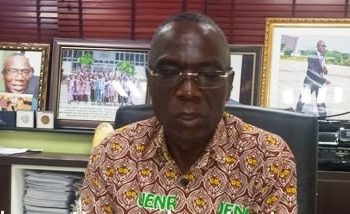 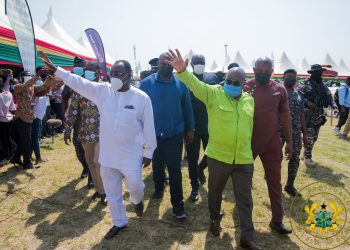 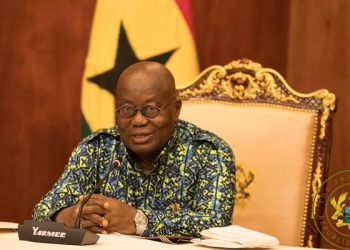 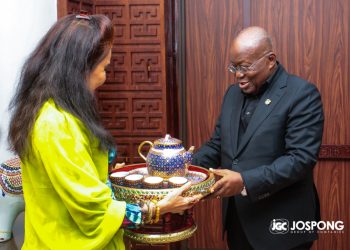