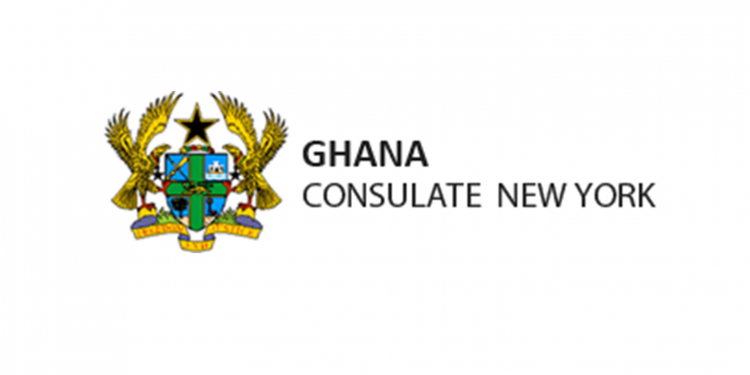 Ghana’s Consulate in the state of New York in the US has temporarily closed down its office due to the outbreak and of the spread of the novel Coronavirus (COVID-19).

It says the decision is in compliance with the declaration of a State of Emergency by President Donald Trump and the State Government which takes effect on Monday, March 16, 2020.

A statement from the Embassy said some services such as those provided online will, however, be delivered.

“…to ensure uninterrupted service delivery, the Consulate will continue to provide online postal services for visa applications, attestation of documents, sale of dual citizenship forms and issuance of letters. There will be no submission of application at the counter. All completed application forms should be mailed to;

The Consul General in a notice on the matter said biometric passport applications have also been suspended “to minimize the spread of the disease through person-to-person contact.”

He however said the notice may be reviewed when appropriate.

Ghana’s consulate in Italy recently also suspended its services as a precautionary measure against the disease which has since infected over 21,000 people and killed about 1,400 in that country. 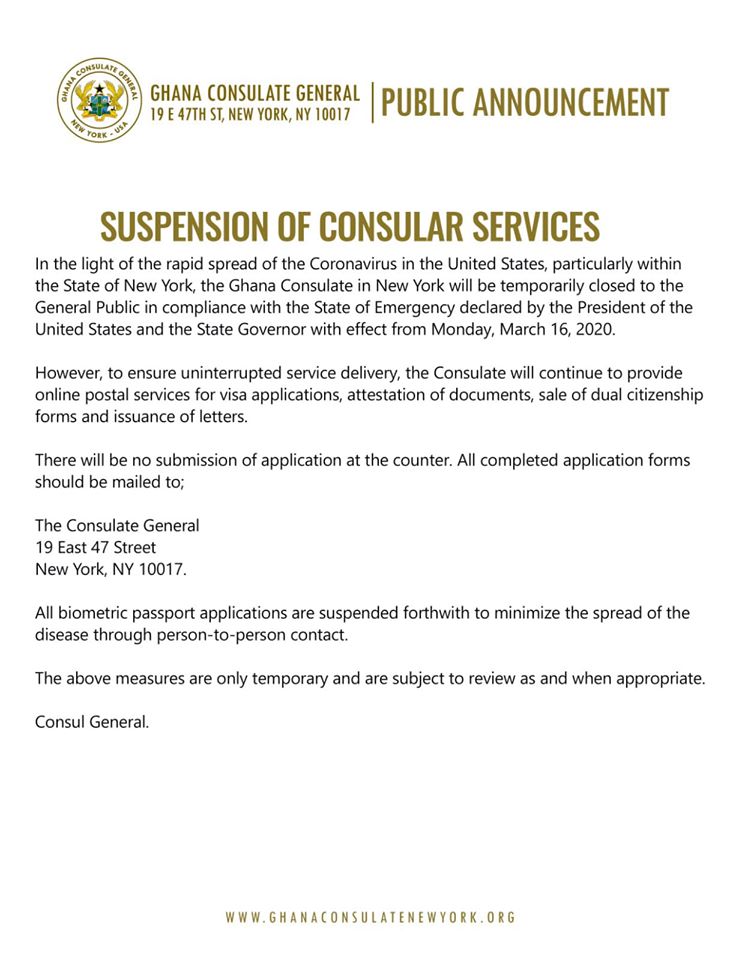 The Government of Ghana last week announced that it has suspended consular services provided by embassies and high commissions in countries affected by the deadly Coronavirus.

The Deputy Minister for Foreign Affairs, Charles Owiredu who made the announcement said it forms part of measures being taken by the government to prevent the spread of COVID-19 in the country.

The Deputy Minister also pointed out that although consular services had been suspended, emergency services will still be provided.

“When this virus started spreading from the epicentre in China, the Ministry of Foreign Affairs through its missions decided to put in place some measures. Countries that were under total lockdown – countries such as China and Italy had restricted movements so what we said was that it was difficult for even consular officers, mission staff to even go to work and perform their jobs. So we suspended Consular services and once we have suspended consular services it does not mean we have banned it or it is under total lockdown.”

“We have created some skeletal staff in these embassies and we have also provided consular numbers that when people call, expedited services will be provided,” he said.

Coronavirus in the US

The US has been hit by more than 2,600 cases of the Coronavirus disease with about 55 people reported dead as a result.