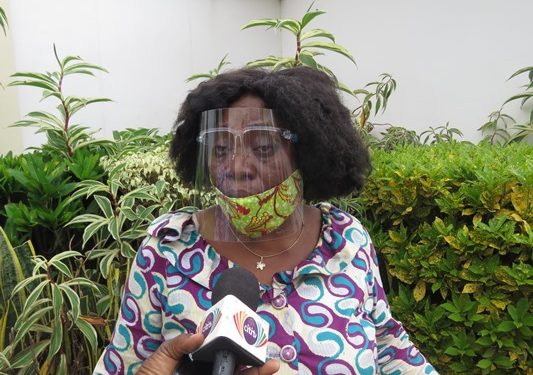 The Executive Director of the African Women Lawyers Association (AWLA), Edna Kumah is calling for more education to boost the fight against child marriages and other forms of violence against women in Ghana.

According to Madam Edna Kumah, more education and support from stakeholders are needed to reduce child marriages and all forms of violence against Ghanaian women.

She attributed most of the child marriages in Ghana to the traditions of some tribes which hold the view that giving out children to marriage at a tender age is not a crime.

According to her, many people are also ignorant about laws against the abuse of girls and women in the country.

Madam Edna Kumah was speaking at a workshop on Sexual and Gender-Based Violence in Ghana held in Techiman and organized by the African Women Lawyers Association (AWLA).

The worship was sponsored by OXFAM, WILDAF and European Union under the Enough Project.

It is was under the theme: “Empowering women, girls, boys and men to take positive action in ending Gender-Based Violence In Ghana.”

The workshop was attended by heads of the Techiman Municipal Assembly, the Techiman Education Directorate, faith-based organizations, the Domestic Violence and Victims Support Units of the Ghana Police Service, the Legal Aid Scheme, Heads of Second Circle and Basic Schools.

Ms. Kumah also attributed to the increase in child marriages to the ignorance of the law. This she noted prompted AWLA to empower stakeholders to help in the fight against the menace.

She added that the overall goal of the project is to create an enabling environment for girls and women to know, claim and exercise their rights to end sexual and gender-based violence in Ghana. 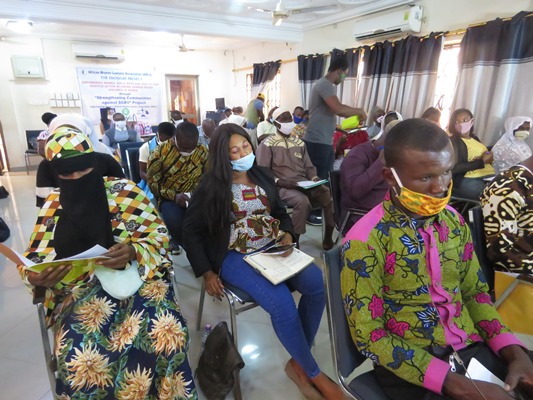 Mr. Cosmos Kwame Akorli, Project Lead and Development Consultant of the program also noted that child marriages are stealing the future of the girl child in Ghana.

Mr. Akorli noted that to achieve the project objective, AWLA will rely on the collective efforts of all stakeholders that have mobilized in Techiman and Kintampo, in identifying and taking action on issues of gender-based violence against women and girls. According to him, constant monitoring will be conducted to identify and support victims of gender-based violence while perpetrators are brought to book.

“The Phenomenon is increasing during the partial lockdown as a result of COVID-19 on the blindside of teachers.”

The Techiman Municipal Girl Child Coordinator, Ellen White in an interview with Citi News indicated that child marriage is on the increase in the Municipality.

“It is a very serious issue. I encountered one just one last week. A lady who was just 16 years has been forced into marriage in the Municipality and because of the previous instances, we are not able to get to the root of it. You go to the parents and they tell you it is a tradition they are happy with and the girl in question is also happy with it so it becomes a problem. We are pleading with parents and leaders to help fight the menace.”