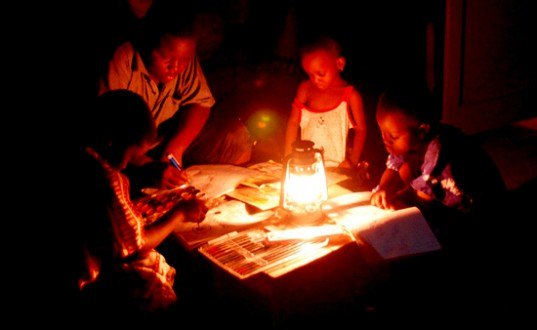 Verdict: Mostly false. There were major power outages in Ghana in 2016 but we found no evidence to suggest that a load-shedding schedule was published that year as suggested by Mr Otchere-Darko. The photo attached to the tweet was denied by the Electricity Company of Ghana when it surfaced in 2016.

Ghana, during the National Democratic Congress’ (NDC) Mahama administration, saw publications of power outage schedules to indicate rationing of power in the country.

The development has remained a major area of controversy between the opposition NDC and the governing New Patriotic Party (NPP).

A leading member of the NPP, Mr  Otchere-Darko via his Twitter page on Sunday, August 2, 2020, made a post in which he claimed that power outages during the Mahama era extended from 2011 when he was Vice President to 2016 when the former president was voted out of power.

Mr Otchere-Darko accompanied his post with a photo of one of the purported publications on power rationing schedule [for August 1, 2016, to August 14, 2016] to prove that the power rationing extended to 2016. 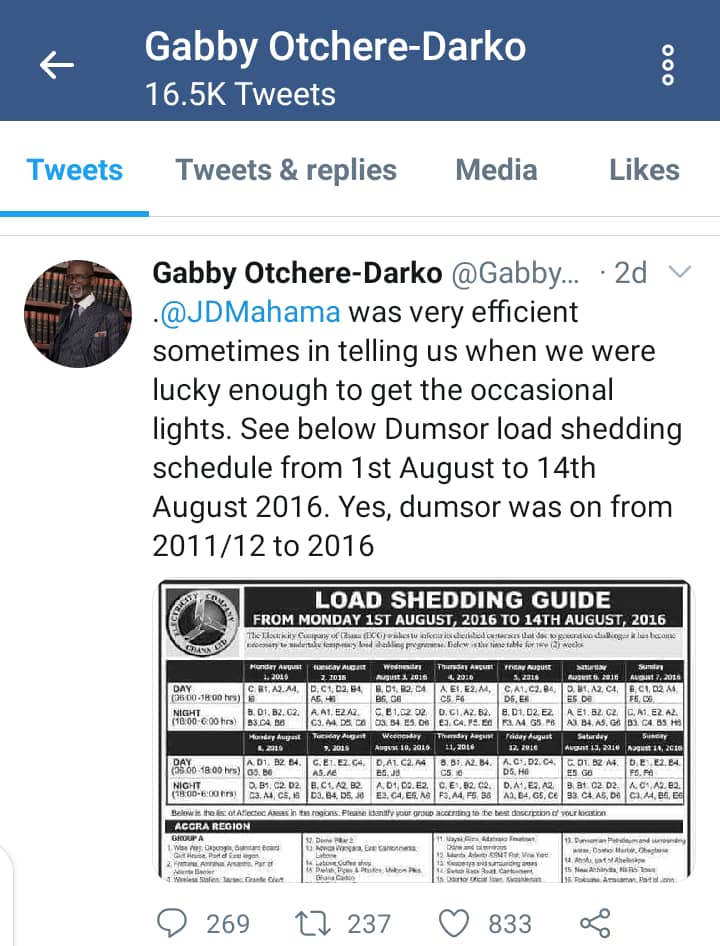 A Deputy Minister for Power during Mahama’s administration, John Jinapor, in a counterclaim, challenged Mr Otchere-Darko’s position in a statement where he said: “there was no load shedding schedule published in the whole of 2016.”

Dubawa looked into the claims.

The variant image, which is of much better quality, had the exact information (except the dates) and its text positioned in the same way as those in the photo tweeted by Mr Otchere-Darko.

Graphic Online also published that same schedule on its website on March 19, 2014.

See the difference below:

Our further checks revealed that the Electricity Company of Ghana in a statement on July 23, 2016, indicated that the supposed load-shedding schedule for August 1 to August 14 that had been widely circulated at the time was fake. 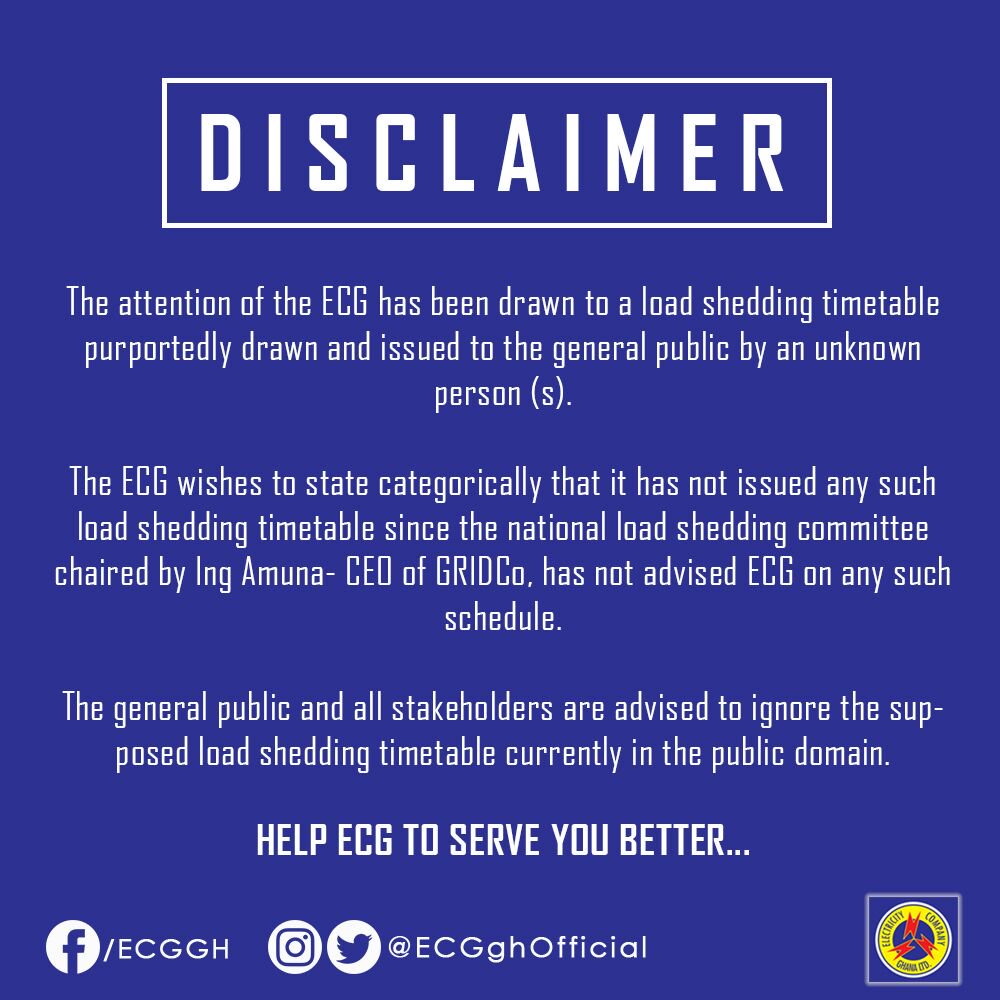 The statement was also shared on ECG’s official twitter handle.

The same disclaimer was published by Yen.com.gh.

We, therefore, conclude that the supposed 2016 load-shedding schedule tweeted by Mr. Otchere-Darko is fake and false.

A series of Google searches conducted revealed that there were a number of extensive power outages experienced in the country in 2016 with areas such as Dansoman, Awoshie, Achimota, Taifa, and Kasoa mentioned as some of the areas most affected.

According to Daily Graphic, President John Mahama at a meeting with the Council of Christian Churches in Kumasi on Thursday, June 30, 2016, admitted that the country was having a power challenge.

“He said the crisis appeared to have been prolonged by the non-supply of gas from neighbouring Nigeria to feed thermal plants as a result of sabotage which led to the shutdown of the Asogli power plant…. President Mahama who was on his final leg accounting to the people’s tour of the Ashanti region expressed the hope that there would be more rains to increase the water levels of the Akosombo dam to improve hydropower to augment thermal production. Currently, Akosombo was operating below its minimum capacity of 240 feet but President Mahama was optimistic the situation will improve.” — Excerpts of Graphic’s report read.

A publication on Peacefmonline sourced from Classfmonline in July 2016 also revealed how there were calls on the government and the Public Utilities and Regulatory Commission (PURC) by the Africa Centre for Energy Policy (ACEP) to publish a load-shedding schedule to help residents plan their activities accordingly.

The then opposition party, the New Patriotic Party (NPP), also issued a statement demanding a load-shedding schedule from the government but the Head of Public Affairs at the PURC, Nana Yaa Juantuah, in a response captured in a Citi FM report said the Electricity Company of Ghana (ECG) could not release a load shedding timetable because the erratic power supply at the time was only a temporary problem.

Three weeks earlier on Wednesday, July 6, 2016, President Mahama, while delivering an address at that year’s Eid Celebrations at the Independence Square in Accra, said he would not declare a load-shedding because he was confident things would normalize soon.

“We are not declaring load shedding; I believe things will normalize but we are taking steps every day to ensure that Ghana has security when it comes to power…Because of sabotage in Nigeria on the terminals, crude oil that we ordered last month has not arrived and so it has created some generational problems for us,” he was quoted to have said.

The Deputy Minister for Power at the time, Mr Jinapor, in an interview on the Joy Super Morning Show on October 26, 2016, admitted that the country was having power challenges, confessing that “money has been one of the challenges” in fixing the issue.

Based on the evidence above, we find that although there was a major power issue in 2016, the government did not formally declare it as a power crisis and was hesitant in releasing a power rationing schedule.

Indeed, there is no evidence of any official power rationing schedule. The ECG denied photo which was shared by Mr Otchere-Darko when it surfaced in the public domain.

–
The reporter produced this fact-check under the auspices of the Dubawa 2020 Fellowship in partnership with Citinewsroom to facilitate the ethos of “truth” in journalism and to enhance media literacy in the country. 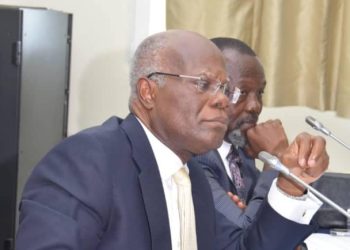 K.T. Hammond demands apology for claims Gabby was signaling him at censure hearing 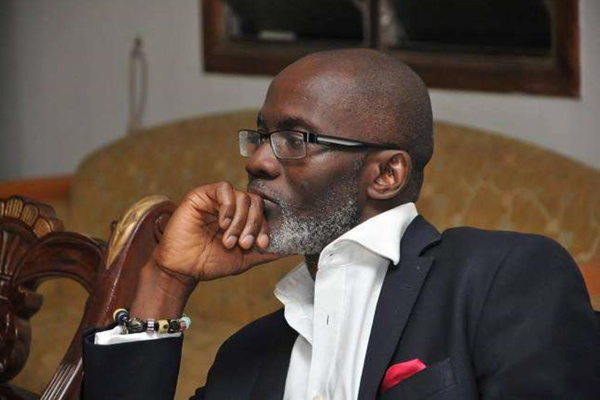 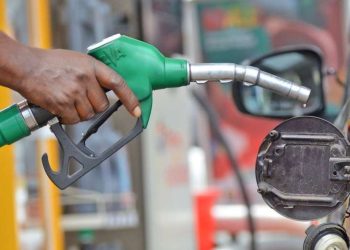 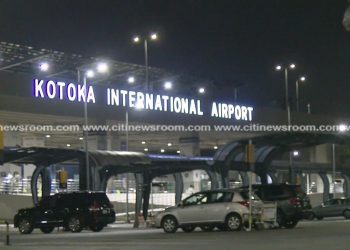