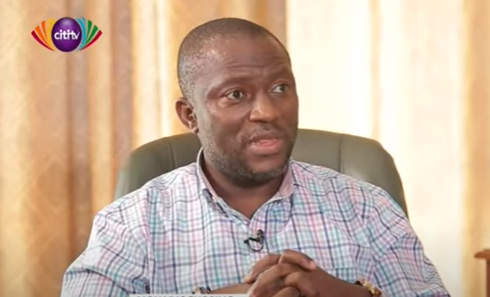 The National Democratic Congress’ (NDC) intention to legalize okada is a political move aimed at amassing votes during the 2020 polls, the Mayor of Accra, Mohammed Nii Adjei Sowah has said.

Speaking on Citi TV’s Face to Face, the Mayor said the promise to legalize okada is moot, given the staggering statistics of road crashes involving motorcycles.

“Globally, the main cause of death is through road accidents and in this country, the National Road Safety Commission reports that motorcycle deaths have increased from 21 percent to 28 percent.

Mr. Adjei Sowah believes the emphasis should rather be placed on the provision of safer modes of transportation than the legalization of okada.

“Instead of urging on the government to make sure that the road infrastructure that we are providing takes care of all modes of transport, the argument is shifted to a certain political means that people want to win out of the 2020 election to push for okada.”

Similarly, the Driver, Vehicle and Licensing Authority (DVLA) has been barred from licensing motorcycle or tricycle for commercial use except for courier and delivery services in the country.

But the NDC has promised on page 93 of its 143-page 2020 manifesto christened ‘The People’s Manifesto’ to legalise the okada business.

The NDC’s promise has triggered mixed reactions from Ghanaians – some have raised concerns about the danger the ‘okada’ business poses to pedestrians.

The NDC has however assured that its presidential candidate, John Dramani Mahama will thoroughly address issues bordering on safety and security with the ‘okada’ business.

Data released by the National Road Safety Authority (NRSA) shows that Ghana recorded over 10,000 motorcycle accidents resulting in several deaths and scores of injuries within the last five years.