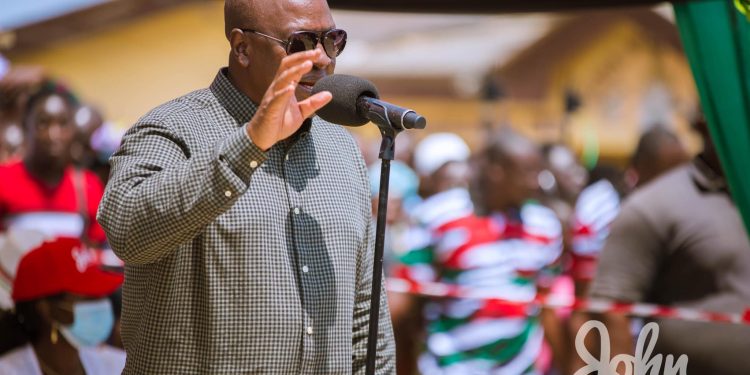 The flagbearer of the National Democratic Congress, John Dramani Mahama has accused the Electoral Commission (EC) of resurrecting dead political parties and packing them at the Inter-Party Advisory Committee (IPAC) to do the Commission’s bidding.

He said the electoral management body has taken a combatant posture towards the committee which is primarily supposed to build consensus on issues, and is bent on pushing every decision through.

Speaking on Woezor TV, John Dramani Mahama said the EC does not want the IPAC to perform its mandated functions.

“Elections are about consensus so that we move together. That is why the IPAC is such an important body. Now, the IPAC is like an enemy to the EC. The EC doesn’t want the IPAC and they have gone to resurrect plenty dead parties and brought them to IPAC so that they can create the majority there and bulldoze their way through. If EC doesn’t build consensus and on election day, things backfire, it is going to backfire on them.”

John Mahama said although there have been deliberate attempts to make the EC conduct an election without blemish, issues such as the missing names on the electoral roll is a clear indication of the Commission’s failure to collaborate with IPAC.

“All that we are doing is to help the EC have a credible election because the credit goes to the commissioners. But when they see us as enemies and do things their way without factoring in our concerns, then they end up with the kind of things we are seeing including missing names on the register”, he added.

Already, Mr. Mahama has served notice that his party will not accept the results of any national poll that it deems ‘flawed’.

He said that while the party strives to ensure that the country remains peaceful and electoral processes go on without challenges, it will only accept the result of elections it sees as credible.

“As a party, we have participated in every election in the 4th republic and we have a history of accepting the results of elections whenever we have believed in the integrity of the poll. As the leader of the NDC, I wish to serve notice that we shall do all in our part to make sure that the country remains peaceful and that the electoral process proceeds smoothly. But, let nobody assume that we will accept the results of a flawed election,” Mahama said.