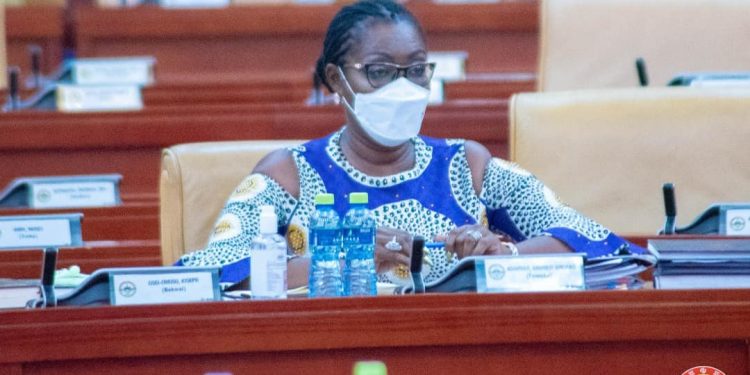 Ursula Owusu-Ekuful, the Communications and Digitisation Minister-nominee, says she would sign the KelniGvG deal again if given the opportunity to do so.

Mrs. Owusu-Ekuful insisted the deal has made enormous savings to the state since it was signed.

According to her, savings of GHS565.7 million has so far been made by KelniGvG.

Mrs. Owusu-Ekuful made this known when she appeared before the Appointments Committee of Parliament on Monday, February 15, 2021.

“If I have to do it all over again, I would. Earlier I started talking about all the benefits that this country has got from the Kelni GvG deal and I didn’t even go through half of it. In addition to the monthly savings that this platform provides, the broad management components have, from the inception date, raked in tax savings of GHS565.7 million.”

“Over the life of the contract, the common platform is expected to deliver tax savings of approximately GHS800 million.”

The KelniGVG deal, valued at $89 million, was heavily criticised when it was announced because of its similarity with controversial agreements the state entered into with Subah Infosolutions and Afriwave Telcom Ltd in 2010 and 2016 respectively.

The deal faced multiple lawsuits amid allegations of corruption and underhand dealings in the award of the revenue assurance monitoring contract to KelniGVG.

A lot of the criticism of the deal came from think tank IMANI Africa which also raised privacy concerns while questioning the credibility of KelniGVG.

When confronted with these concerns during her vetting, Mrs. Owusu-Ekuful again defended the integrity of the deal and said: “procurement laws were followed to the letter.”

On the question of value for money, she said the deal had “resulted in cost savings of $1.1 million monthly as against the previous situation… That alone provides less cost and more value”.

The nominee added that it offers improved real-time monitoring of 2.5 billion transactions per day within the telecoms sector comprising calls, SMS activity and mobile money transactions.

Guide to become a pro bitcoin trader from a noob [Article]