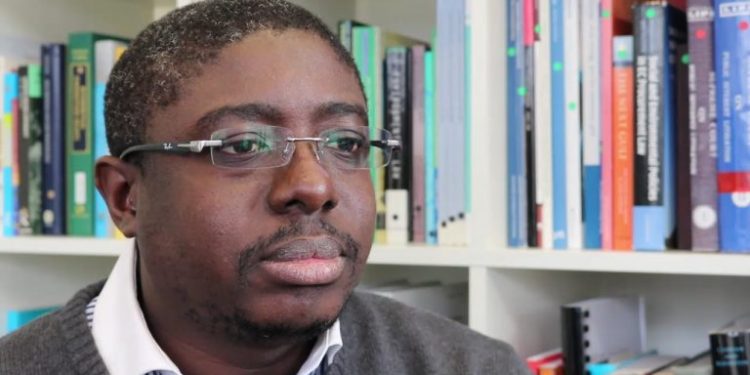 Clement Akapame, lead counsel for Citi FM and Citi TV in the assault case invloving one of the station’s journalists, Caleb Kudah, and the subsequent invasion of its premises by national security operatives, has punched holes into a report issued by the Ministry of National Security on the incident.

The lawyer, who described the report as just an “interim preliminary investigation”, said the statement failed to address critical portions of the matter at hand.

He said although welcoming, the report’s silence on the raid at the station and the specific law Caleb Kudah breached to warrant his unlawful entry into the premises of the National Security Ministry leaves much to be desired.

On the Citi Breakfast Show on Friday, Mr. Akapame said the management of the media house expects the Ministry of National Security to without delay come out with its findings on the raid meant to arrest another broadcast journalist, Zoe Abu-Baidoo Addo.

“This is an interim outcome of their investigation, so we will take it as such, but there are more details that we will require to be able to have the conclusion of this matter. The statement reinforces our position that our employee was manhandled, but does not say that our premises was invaded.”

“…So we hope to hear in the coming days about the raid of our premises and what the Ministry is doing on that. For the sake of transparency, the statement must mention the names of the other three officers, so we know there are names behind this”, he indicated.

Expressing his view on parts of the Ministry’s statement that highlighted Caleb Kudah’s supposed unlawful entry, Mr. Akapame noted that it would have been best for the action to be termed as an inappropriate one rather than unlawful.

“You can’t debate the issue of assault because it’s unlawful, but for you to say that one’s entry was unlawful but not see the assault as an unlawful event and using a language that it was a breach of an SOP, he didn’t breach an SOP. The assault is unlawful. Any invasion of one’s body without lawful excuse is unlawful. I was expecting that they would have said, his entry without authorization was rather inappropriate.”

The Ministry of National Security has withdrawn its Director of Operations, Lieutenant Colonel Frank Agyeman, and three other police officers attached to the outfit.

While Lt. Col. Agyeman is to report to the Chief of Defence for further probe and appropriate sanctions, the three officers are to be investigated by the Ghana Police Service and possibly face disciplinary action.

Citi FM/TV’s Caleb Kudah was arrested at the National Security Ministry on May 11, 2021, for filming abandoned MASLOC vehicles parked at the premises of the Ministry.

A team of heavily-armed SWAT police officers subsequently were dispatched to arrest Citi News‘ Zoe Abu-Baidoo Addo at the premises of Citi FM/Citi TV because he had forwarded some of the footage he captured to Zoe via WhatsApp.

So far, about 15 organizations including civil society groups and political parties, had condemned the incident and backed calls for investigations while calling for reforms in the national security setup.

Management of Citi FM/Citi TV petitioned the National Media Commission and other groups and organizations to ensure that the issue is investigated and brought to its logical conclusion.