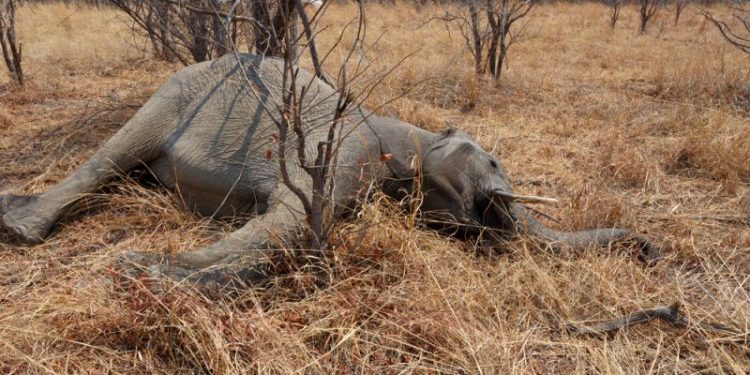 Police in Walewale, within the West Mamprusi municipality of the North East Region, say they are still on a manhunt for some residents who attacked and killed an elephant in the Wungu Traditional Area.

According to the police, the animal was killed last Friday near a stream situated outside the village.

The District Commander for Walewale, Cosmos Awe, who spoke to Citi News, indicated that the animal was attacked by not less than 20 armed men who he suspects could be hiding in the bushes.

He, however, said the police are liaising with the Chief of Wungu to arrest the suspects.

“We received an official letter,  which was the complaint on the illegal killing of an elephant in the neighbourhood of Wungu, and we moved to the area to actually see the animal together with the officials. We have also gone to the chief of Wungu because we don’t know the people responsible for that. For now, we have been able to get some names of the suspected perpetrators. So we have liaised with the chief who has assured us he is going to get the suspects for us. But we are still doing our own ground checks to see if we can also trace them through other means.”

“So far, this is what we are doing. We should be able to come out with something soon as we are not just sitting down but are seriously investigating the matter because it is something we have to stop so we are pushing hard to get the culprits. Also, we have one name so when we are able to get the prime suspect we will be able to get the accomplices. The animal is very big, so there is no way one person can kill it. It had to be a group effort,” he added.