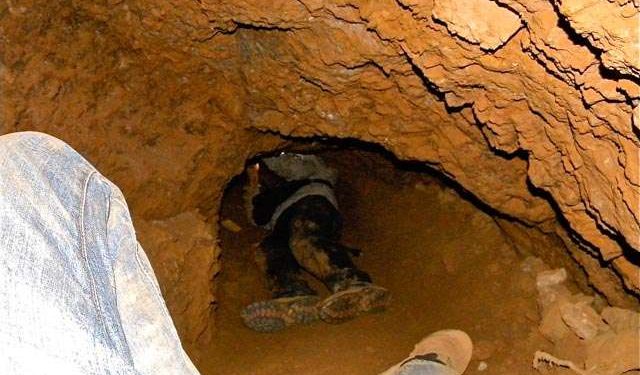 Anglogold Ashanti has retrieved the body of a miner, who together with other workers were trapped about two weeks ago after an underground mining pit caved in.

The underground mining pit is part of the concession of Anglogold Ashanti, Obuasi Mine.

The company in a statement said the miner’s body was retrieved on Saturday, May 29, 2021. It however did not give further details about the deceased.

Anglogold Ashanti in the statement said, “It is with great sadness that Anglogold Ashanti reports that the miner, missing after the geotechnical event at the Obuasi mine on Tuesday, May 18, 2021, has unfortunately passed away. His body was discovered on Saturday, 29th May, by mine rescue team”.

The company says “a thorough investigation into the incident has been initiated”.

It also noted that its underground mining activities which were suspended following the incident will remain suspended.

“A thorough investigation into the incident has been initiated. As previously1 announced underground mining activities were voluntarily suspended at the time of the incident and will remain so pending an in-depth area-by-area assessment of the mine design, mine schedule, and ground management plans, before progressively releasing mining areas for a phased resumption in production”.

According to the mining workers who spoke to Citi News on condition of anonymity when the incident occurred, four persons working for Underground Mining Alliance, UMA, a company contracted by Anglogold Ashanti Obuasi mine, were trapped underground.

They say there was an unusual sound after the supervisor for the group who was ahead of them went further deep as the pit began to cave in.

Three persons behind him were able to escape, while a search party was deployed to find one person who went further deep as the pit begun to cave in.

The management of Anglogold Ashanti Obuasi Mine had said early on that it was still gathering more information on the incident.

This is not the first time a mining pit has caved on miners in Ghana.

Here is the full statement 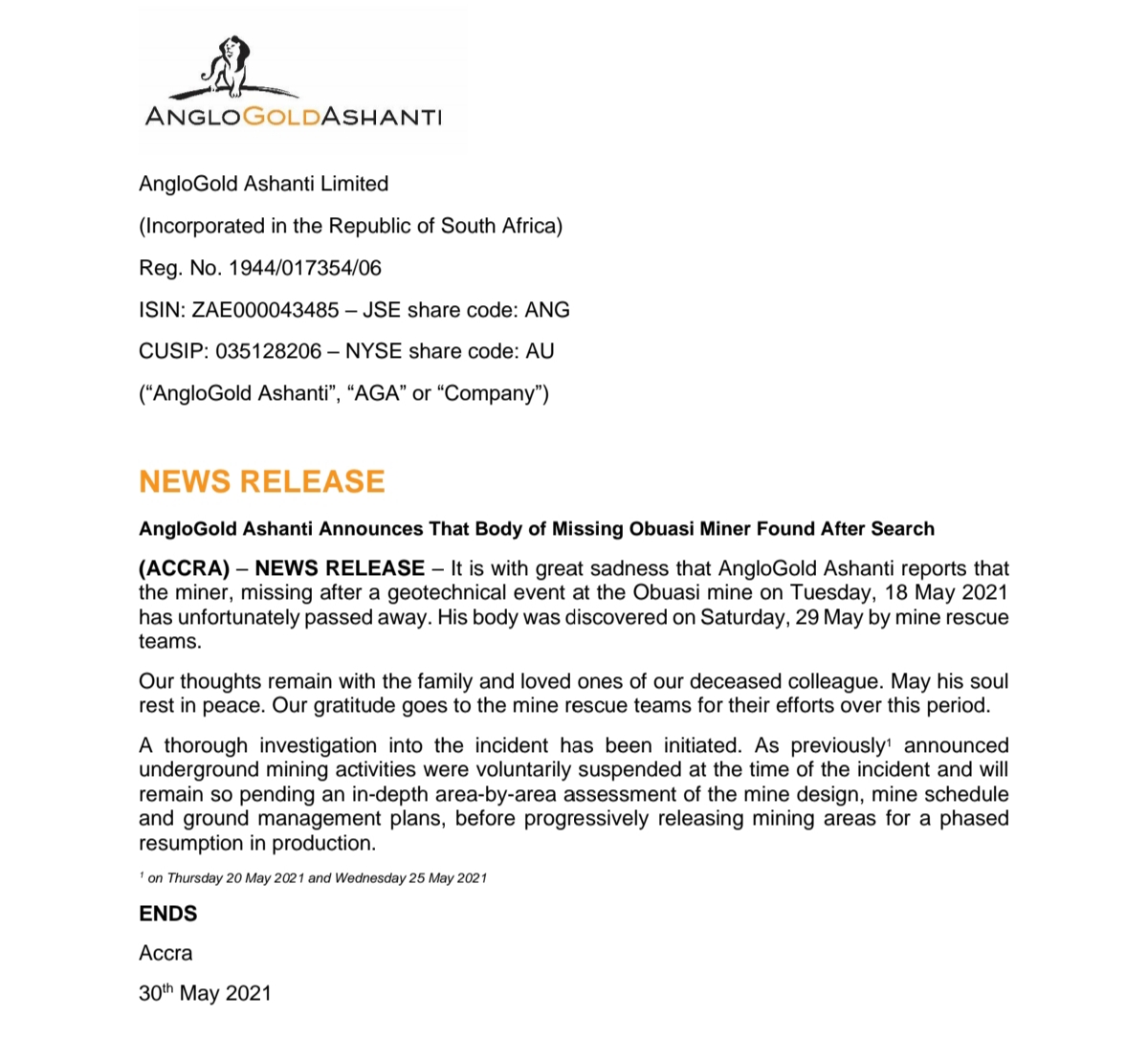