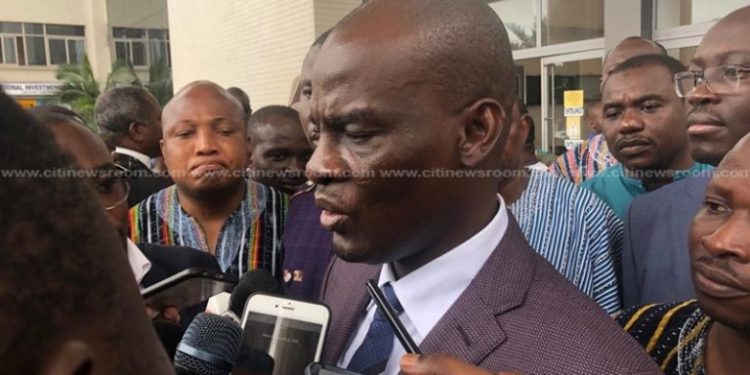 The Minority in Parliament has rejected what it calls a ministerial inquiry instituted by the President into the Ejura killings.

President Nana Addo Dankwa Akufo-Addo has instructed the Interior Minister to conduct a public inquiry in 10 days into the chaos that resulted in the death of two persons following the killing of social activist, Ibrahim Mohammed.

Responding to the Presidential directive in Parliament, the Minority Leader, Haruna Iddrisu, insisted that the Minority will only accept a full-scale probe under the auspices of a Commission of Inquiry within the framework of Article 278 of the 1992 Constitution.

In a statement signed by the Director of Communications at the Presidency, Eugene Arhin on Wednesday, June 30, 2021,  the President asked the Minister for the Interior, Hon. Ambrose Dery, MP, to provide a detailed report from the Inquiry, with recommendations for appropriate action following the circumstances that led to the unfortunate occurrences of Tuesday, 29th June 2021.”

But the Minority believes the President must accept full responsibility for “reducing this country into a police state.”

The caucus lamented what they say has become under the Akufo-Addo government the disrespect for fundamental human rights and freedom, the dignity of man, liberty of citizens, and the constitutionally guaranteed rights to life.

“The excesses of the police and the military in Ejura resulted in the loss of lives of three other persons, added to Ibrahim Muhammed, alias Kaaka. There is the complicity of state security agencies, and they can absolve themselves. We want to see the President appoint a Justice of the Supreme Court or retired justice of the Supreme Court to lead this process because we will ultimately accept recommendations that call for reforms”, Haruna Iddrisu added.

After the burial, some residents of Ejura were confronted by a team of police and military personnel, leading to the death of two persons who were shot by some soldiers. The Police claim the protestors had become rowdy and were pelting s the security personnel with stones.

Some Ghanaians subsequently mounted pressure on the President to break his silence on the matter.