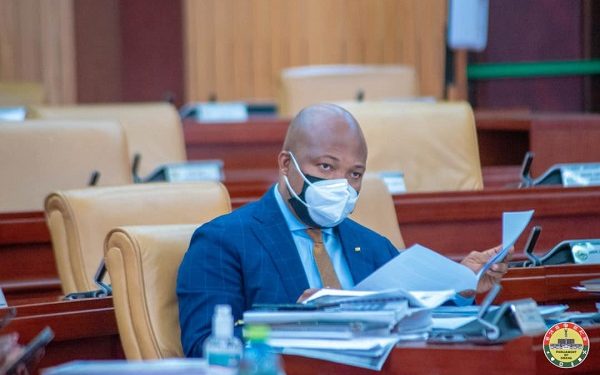 The North Tongu MP, Samuel Okudzeto Ablakwa, says he has filed an urgent question for the National Security Minister to appear before Parliament to answer questions on the cost of the President’s trip to France, Belgium and South Africa.

This comes after Finance Minister Ken Ofori-Atta passed the buck on the matter to the National Security Minister, Kan Dapaah.

In his appearance before Parliament, Mr. Ofori-Atta said the President’s domestic and international travels are issues of the National Security Ministry and not the Ministry of Finance.

He said he did not make any specific releases to the Chief of Staff for the President’s trips to France, Belgium, and South Africa.

The North Tongu MP has alleged that President Akufo-Addo spent GHS 2.8 million using the services of a private jet and has since filed series of pleas to get responses from the ministers responsible for the President’s domestic and foreign trips.

In an interview with Citi News, Samuel Okudzeto Ablakwa said he’s expecting the National Security Minister to treat this with urgency.

Urgent questions must not go beyond 10 days, per Standing Order 66 of Parliament, the MP noted.

Mr. Ablakwa further felt the Finance Minister was being difficult with Parliament.

Kissi Agyebeng to be vetted for Special Prosecutor position today

Sinohydro road project a fiasco; contract should be terminated – Agbodza

Sinohydro road project a fiasco; contract should be terminated - Agbodza