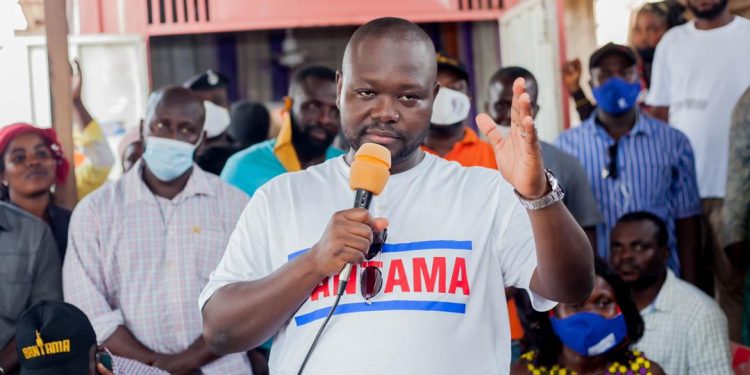 The Ministry of Works and Housing says though the construction of a sea defence wall is capital intensive, the government is poised to finance the project.

According to the sector minister, Francis Asenso-Boakye government is committed to protecting the lives and properties of individuals living in areas hit by tidal waves and coastal erosion.

Mr. Asenso-Boakye made this known when he paid a courtesy call on the leadership of the Ada traditional area.

“Coastal protection is one of the key activities of the Ministry of Works and Housing. Over the years, the government has invested to protect the people of Ghana living along the coastal areas.”

“The cost of constructing a sea defence wall is huge, but the government continues to provide support for these people. The government will continue to do that.  I have come here today so that we put in place mitigation measures so that they will be safe”, he assured.

The Member of Parliament for the Ketu South constituency, Dzifa Abla Gomashie had demanded urgent attention from President Nana Addo Dankwa Akufo-Addo in relation to the completion of the sea defence project in the Volta Region.

Her plea follows devastating tidal waves that destroyed some communities in Keta South, with Salakope as the worst affected.

The Member of Parliament (MP) for Ablekuma West, Ursula Owusu Ekuful wants the government to extend the construction of the 2 km Dansoman sea defence project to other parts along the sea in the area.

President Akufo-Addo also cut sod for the commencement of the project by Messrs Bridge Global Consolidated Limited at a contract sum of GH¢394 million for the sea defence project at Ningo-Prampam.

The project is meant to protect a coastal stretch of five kilometres from tidal waves, beach erosion and flooding.

When completed, it will boost coastal tourism, increase fishing activities, improve sanitation, and provide employment opportunities for the indigenes.

Fuveme BECE candidates should have been exempted - Child Rights International