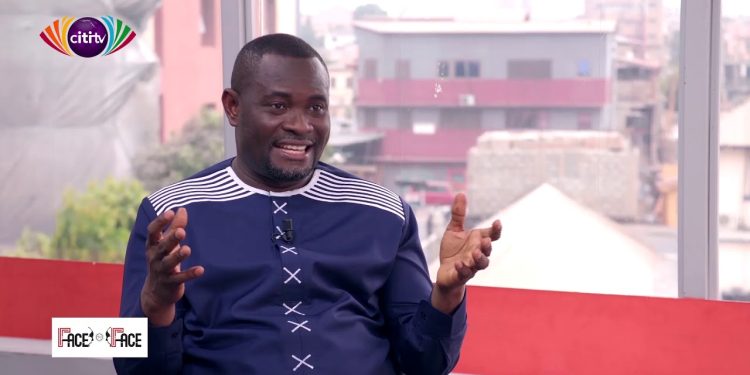 A Deputy Finance Minister, John Kumah, has defended the impending removal of the 30% and 50% discount on benchmark or invoices for some vehicles and general goods.

He said the move is to concretize the country’s industrialization drive and generate more revenue.

“When the benchmark value is reduced, it becomes very easier for the importer to bring in a commodity, but becomes very uncompetitive to produce in the country. So we have to address the policy direction of government. What is the point of building factories if they cannot be competitive”, John Kumah asked on Citi TV‘s Face to Face.

Explaining why the government has backtracked on the policy, the Minister argued that, the local manufacturing sector is being crippled in the face of its One District, One Factory policy.

That was not John Kumah’s only point; he also stated that there was no corresponding change in prices of imported goods despite the reduction of the benchmark value and that the government’s revenue expectation was not met.

For him, there was, therefore, no need to continue the policy because it does not augur well for the Ghanaian economy, especially if the local industry is to survive.

“When you are elected to lead, you make decisions based on available facts at every time. When there was the need to respond to GUTA, the government did. Unfortunately, when the government reduced the benchmark values, it did not even reflect in the prices of these commodities.”

“So the expected outcome to the population that the government has hoped for did not happen. Revenue did not come in at the levels that government expected, at the same time, weakening your local industry and creating jobs in other people’s lands”, John Kumah added.

It would be recalled that as part of efforts to reduce the menace of smuggling and make the country’s ports more competitive and attractive, the government on April 4, 2019, reduced the benchmark value or delivery values of imports, by 50%, except for vehicles which were to be reduced by 30%.

But in recent times, many stakeholders like GUTA have urged the government not to scrap the 50% reduction in benchmark values as the reversal will adversely affect their businesses.

Recently, the Association of Ghana Industries (AGI) also called for a review of the 50% benchmark value reduction policy to align with the country’s industrialization drive.

According to the AGI, imports that come to compete with locally manufactured products must be exempted from the policy, saying government must cushion local products for which there is local production capacity.

The Importers and Exporters Association of Ghana has also threatened to have its members increase the price of the goods they bring into the country if the government goes through with the reversal.

2022 Budget; a focus on the health sector