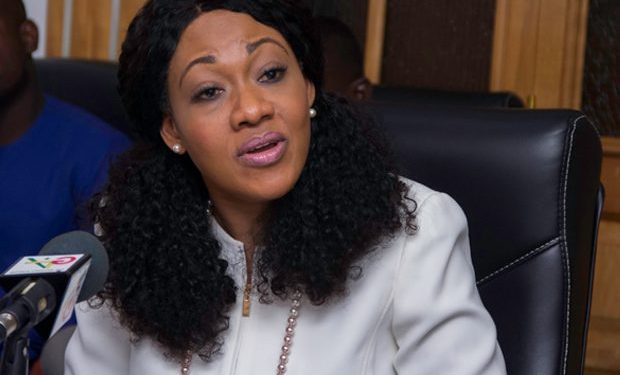 The #FixTheCountry Movement says it has petitioned the President for the removal of the Electoral Commission’s Chairperson, Jean Mensa, and her two deputies over the inability of the residents of Santrokofi, Akpafu, Lolobi and Likpe (SALL) to vote for a representative in Parliament.

It contends that the conduct of the EC officials in the matter “meets the threshold of stated misbehaviour and, or incompetence as required under Article 146 of the 1992 Constitution for the removal of these officials”.

In a statement, the movement expressed hope that Ghana’s laws will work in their favour.

“The Petitioners have faith that the normal constitutional processes contemplated by the Constitution to avenge infractions against it and our democracy will be upheld without fear nor favour; and that their standing as mere citizens of this Republic does not disable them from obtaining justice, in the preserve of our Constitution.”

The movement says there are 46 signatories to the petition, including residents of SALL.

Speaking on Eyewitness News, convenor of the #FixTheCountry Movement, Oliver Barker-Vormawor, complained about the lack of transparency from the EC since the 2020 election.

“For over a year now, there has been no attempt to give clarity to why such grievous harm was done to our constitution,” he said.

Mr. Barker-Vormawor further said the actions of his group were meant to safeguard Ghana’s constitution.

“Our commitment is to restore the constitution and ensure that the constitution continues to survive when it is under attack by persons as high as persons occupying the Office of the Electoral Commission.”

Currently, SALL, which is in the Guan district, has no representation in Parliament after contentions over its inclusion in the Oti Region following its creation.

Some residents of Akpafu, then in the Hohoe Municipality, even boycotted the referendum that endorsed the creation of the Oti Region.