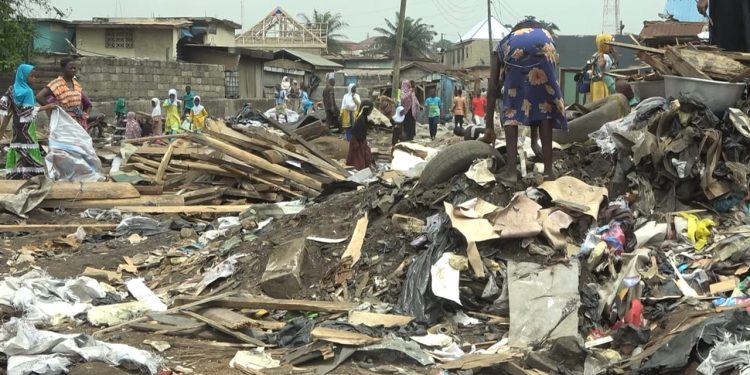 Authorities at the Oforikrom Municipal Assembly have halted the demolition exercise at Dagombaline meant to allow for the construction of a road in the area, following an interim injunction secured by some residents.

Many of the affected persons lamented how they had genuine documents, but their buildings were demolished.

The inhabitants later secured an interim injunction from the High Court to halt the exercise. 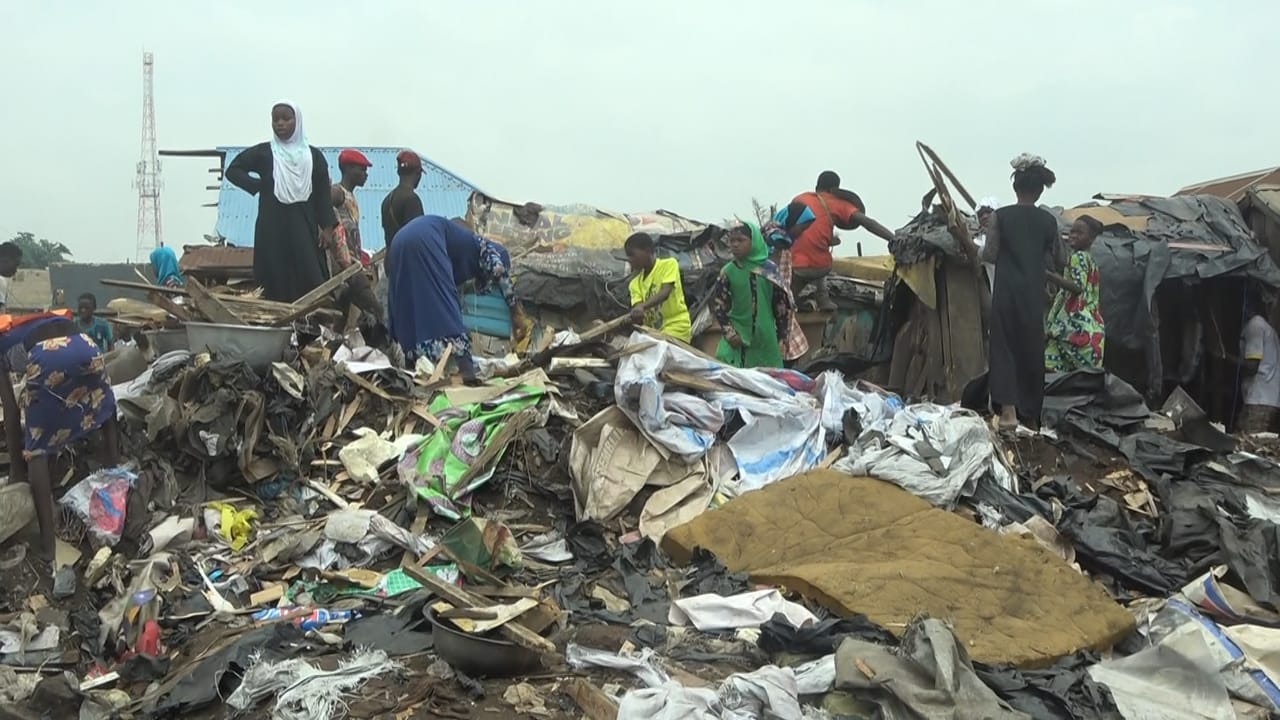 However, the demolition exercise continued on Friday morning.

While some residents in the area say they are in support of the project, they believe authorities did not follow due process in embarking on the exercise.

“I was born here. The Assembly member and some security officers came here last week Thursday to commence the demolition exercise without giving us prior notice. We then applied to the court for an interim injunction, which was granted. After realizing that they were embarking on the exercise on Friday too, we gave them the injunction letter, but they refused to take it, insisting that they were under strict instructions. They should have informed us well ahead of time. It is never true that we were informed about this. They initially said they were only demolishing wooden structures, but we later realized our buildings were part,” an affected resident, Yahaya Mohammed spoke to Citi News.

“We want the court to ask for us to be compensated. They should have notified us. My son is even sick and has been admitted at the hospital. Government has to intervene for us,” another displaced resident, Sadia Osman stated.

Subsequently, the Oforikrom Municipal Assembly halted the exercise after the relevant authorities received the injunction letter.

Speaking to Citi News, the Municipal Chief Executive, Abraham Kwame Antwi insisted that the assembly informed the affected persons well ahead of time.

“We began the engagement somewhere last year. Even this year, we issued letters several times. It has been in excess of 6 months since the engagement began. In fact, it began during the days of my predecessor. We have done an extensive search. This is a huge bridge and road project seeking to link the WAEC-Afful Nkwanta area through the Noble dream area. It is a huge project, and you cannot design this huge project and government goes on to award this without recourse to land ownership as to whether the land belongs to individuals without taking care of compensation. It is not true that the area belongs to the said individuals. It is an open area earmarked for road construction”. 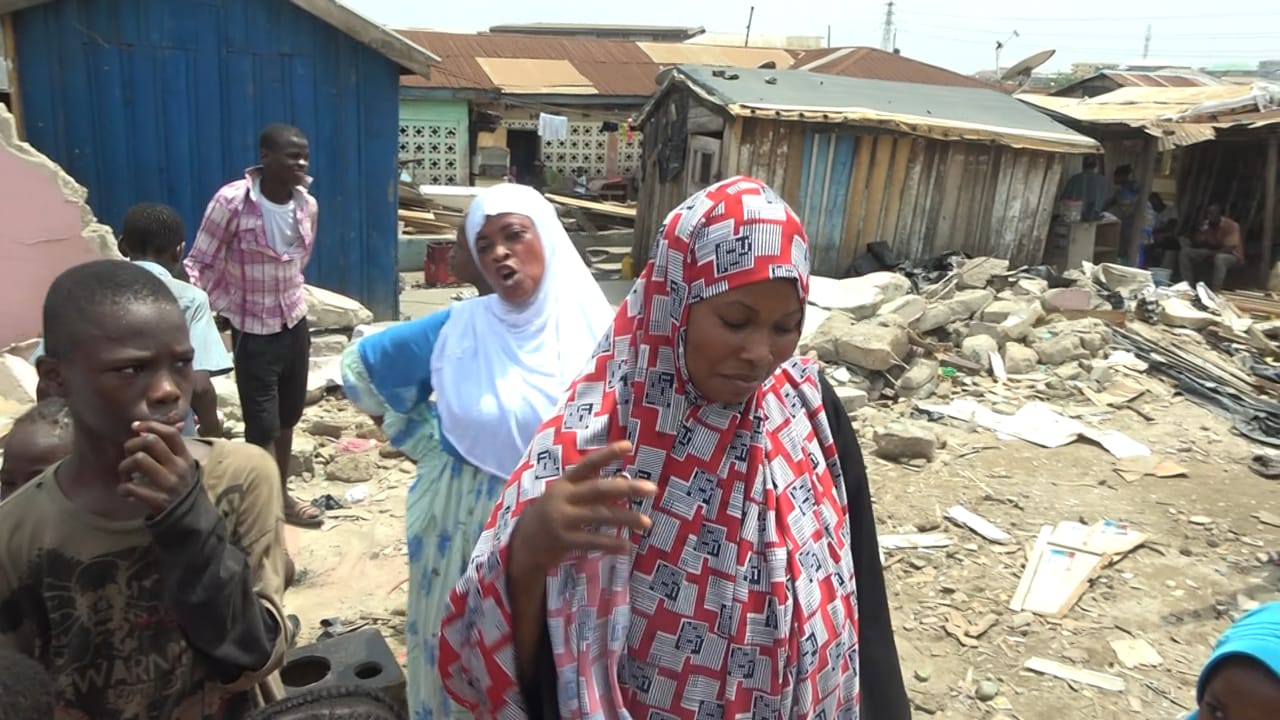 He added that, the assembly will provide its evidence in court and comply with its directive and will compensate affected persons if need be.

“We’ve got a court injunction from a group of people claiming the place is theirs and as law-abiding citizens, we have to give respect to the court, so we have also halted the whole process. We will resort to the court and when the way is cleared for us, we will continue what we are doing. The court deals with facts and evidence and not rhetoric or propaganda. If we present our evidence and the court thinks it is their place, we may just go for compensation or abandon the project entirely”. 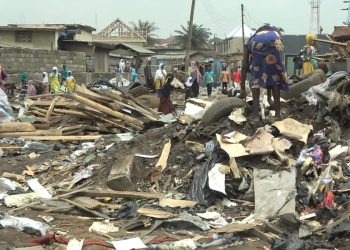 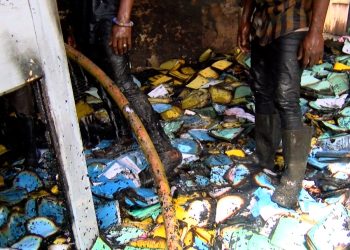 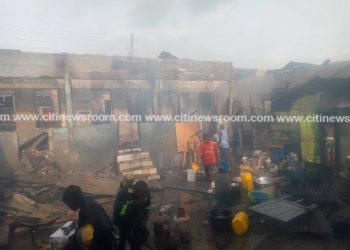 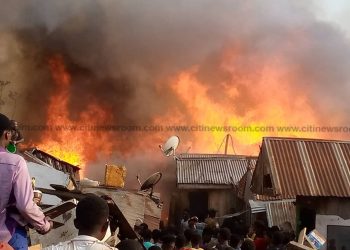 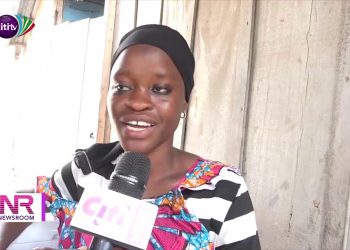