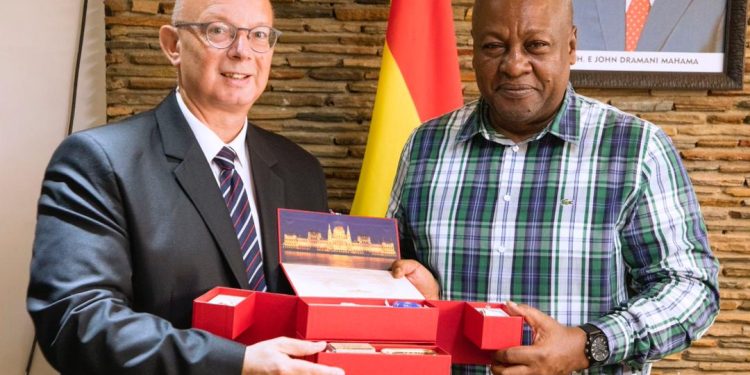 Hungary’s new Ambassador to Ghana, HE Tamás Endre Fehér, has paid a courtesy call on former President John Dramani Mahama in his office at Cantonments, Accra, to formally introduce himself and discuss issues of mutual interest to the two countries.

Welcoming the Ambassador, who began his tour of duty in September 2021, Mr. Mahama recollected the long-standing friendship between Ghana and Hungary beginning from the administration of the late President Dr. Kwame Nkrumah.

He acknowledged how the relationship between the two countries blossomed under his Minister for Foreign Affairs, Madam Hanna Tetteh, whose mother was Hungarian, culminating in Hungarian scholarships to Ghana increasing from 2 to 50 and then to 100 currently. 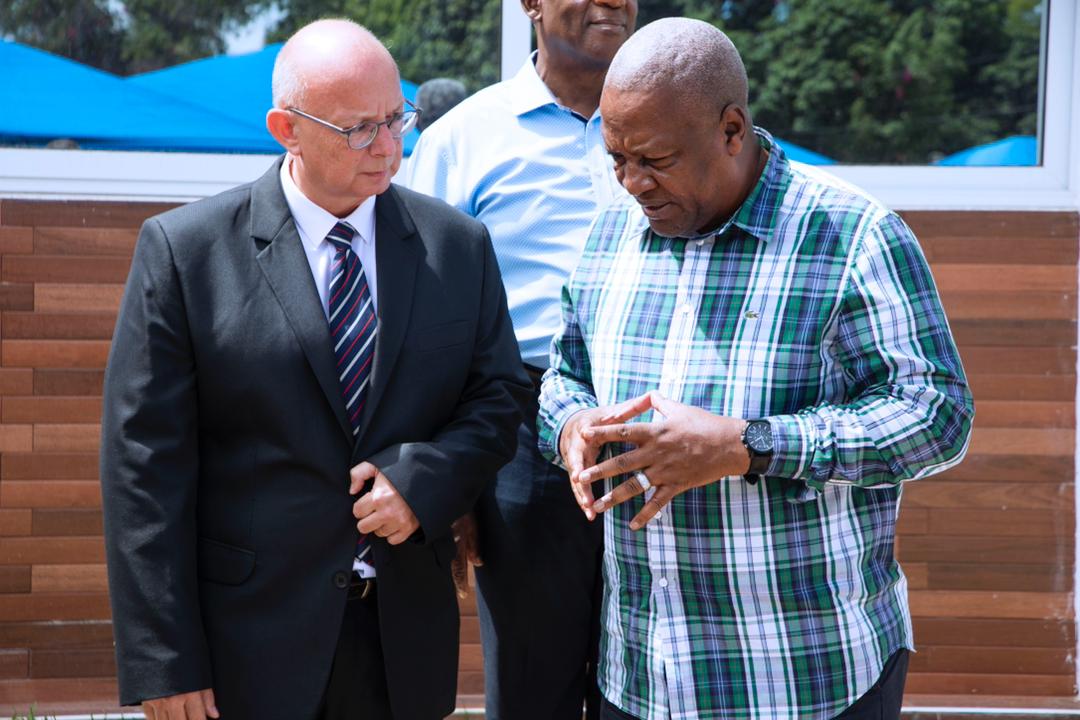 Mr. Mahama gave an overview of the nation’s challenges, including the economic malaise due to mismanagement and unbridled borrowing, which have both contributed to extreme hardships for the Ghanaian people.

The challenges confronting the country, as a result of mismanagement, the former President noted, started long before the COVID-19 pandemic struck, and the Russian-Ukraine war began.

He said this was in spite of the fact the National Democratic Congress (NDC) administration resolved a debilitating power crisis, left to the present government economic buffers including the Sinking Fund, Heritage Fund, Stabilisation Fund, and a high IMF and World Bank projected growth rate, which the government inherited in 2017 but failed to sustain.

Mr. Mahama also pointed out the complete lack of political will in fighting corruption involving the government’s own appointees and the forced resignation of the Auditor General, which he says is “because the government does not want accountability.” 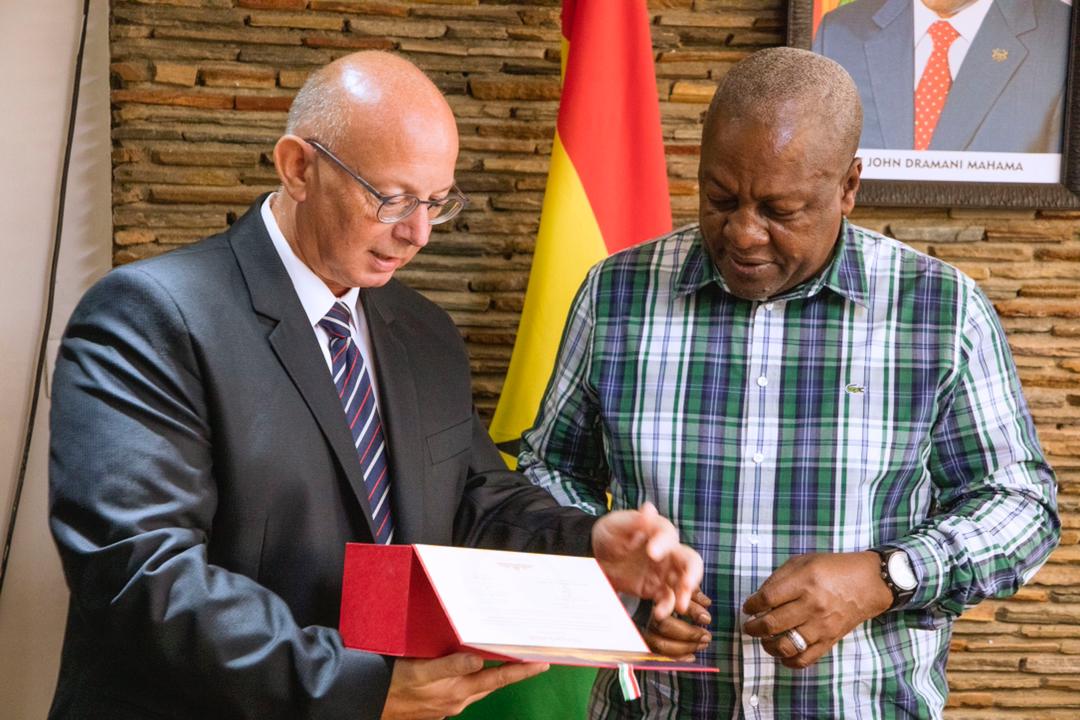 Ambassador Tamás Fehér thanked the former President for the reception and expressed his happiness that Hungarian experts have contributed in various ways to Ghana’s development. He paid tribute to the efforts of Minister Hanna Tetteh in helping to strengthen the relationship between the two countries.

He also expressed confidence that the friendship between the two countries will grow even further, promising that the scholarships would be increased.