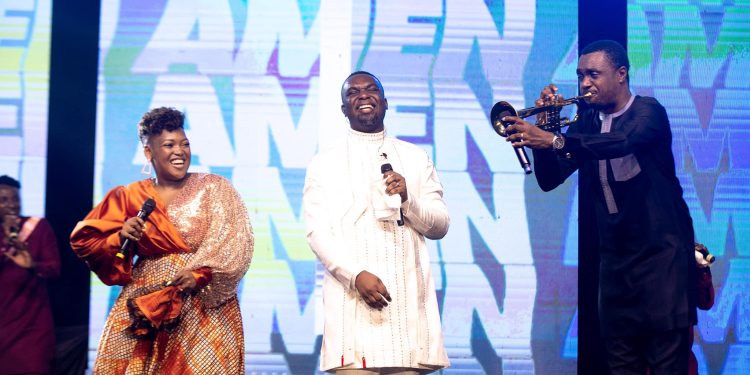 For the first time in a very long time, I was high. I was so high anytime I closed my eyes, I couldn’t feel my feet. The deeper I closed my eyes, the higher the heights of my ascension into the holy of hollies. I don’t even smoke. Never have. I have become a proud victim of attendance and affiliation. That’s not all.

I woke up this morning having recovered from a hangover for the first time in a very long time. I don’t know what happened; I can’t remember the tiniest of details. I was drunk. I don’t know how I got home. I bet I rode on the wings of an eagle. Unlike smoking, I do drink. I actually often drink from this cup. But rarely do I get drunk. So what happened?

In my sanity, I’ve received images and videos from my spirit’s iCloud. Connecting the dots, I remembered what the bartender served me when I requested the ‘usual.’ He told me I don’t usually come on such days and at such times of the day, so he was gonna make something special. I trusted him to ‘blow my mind’ and boyyy, he did.

The ubiquitous smoke in his yard couldn’t be ignored; the smell was different. It put me straight in the mood to confess my sins and pour out my love with enticing words & be transparent, unashamedly, to my lover.

Having taken in the ‘special cocktail,’ my flesh will now concede defeat to my spirit. Anytime I spoke, it was mysteries. The garment of heaviness was lifted; I became light instantaneously. I’ll see myself having a tete-a-tete with my Father in heaven.

“It’s been a while my son; make yourself comfortable,” He says to me as he welcomes me heartwarmingly.

But you see this cocktail wasn’t just any cocktail. Surely it ain’t the cocktail you would order or ask for when you and the boys pull up at Bloombar. It cost even less than your regular. I paid 50ghs for mine. This cocktail was a near perfection mixture of Ghana, Nigeria & South Africa.

This cocktail was music to my lungs; a gospel to my soul.
One cannot immediately deny the heat that was in the enclosed yard, especially with where I sat. Methinks the air conditions had their day off on the night. With every sweat that may have been seen on the faces of attendees like myself, you’ll think we were all at a local neighbourhood gym. Surely we were.

The only workout routine everybody was focused on doing assiduously, was their salvation.
What a night it was last night at Joe Mettle Praise Reloaded: The Kadosh— a celebration of 10 years of a music ministry that has stood the ever-changing facets of our times.
I was a tad late to the event so I missed out on a number of things. That didn’t stop me from taking full advantage of the occasion. I may have been late, but to God, I was just in time for one of the best nights of my life.
The stellar ministrations of Diana Antwi Hamilton, Nathaniel Bassey -Official, Ntokozo Mbambo & Joe Mettle are probably what Michael Jackson would have written and performed for one of his hit singles— “We are the World.”

As each minstrel took their turns to lead the children of God in His presence, the heavens will open in several ways to receive our praise and worship. 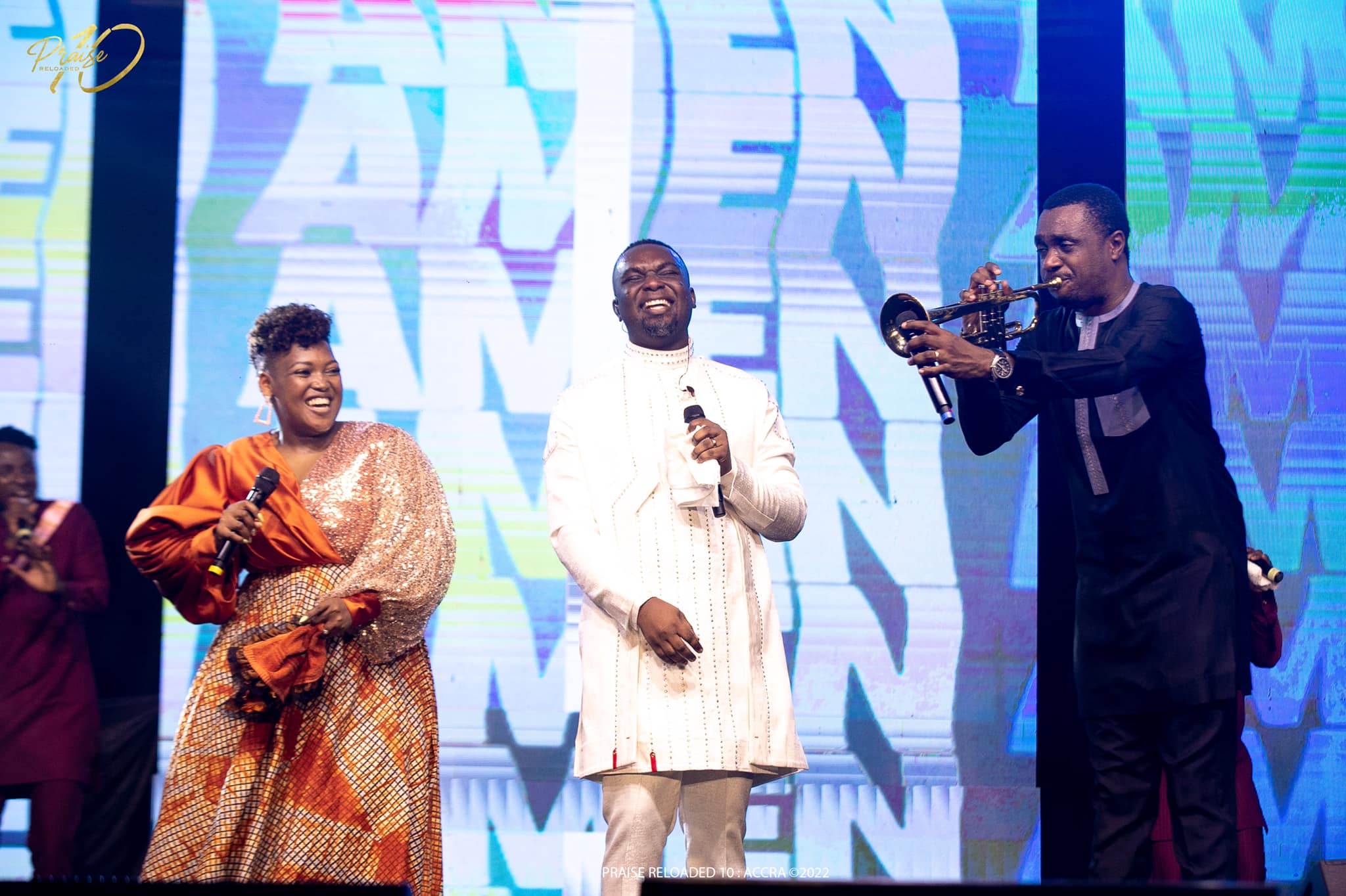 Diana Hamilton, “Aunty Diana” as I affectionately call her, took to stand in her usual present raiment. In one take she arrested our attention with not only her voice, but her outfit was also doing the singing too. 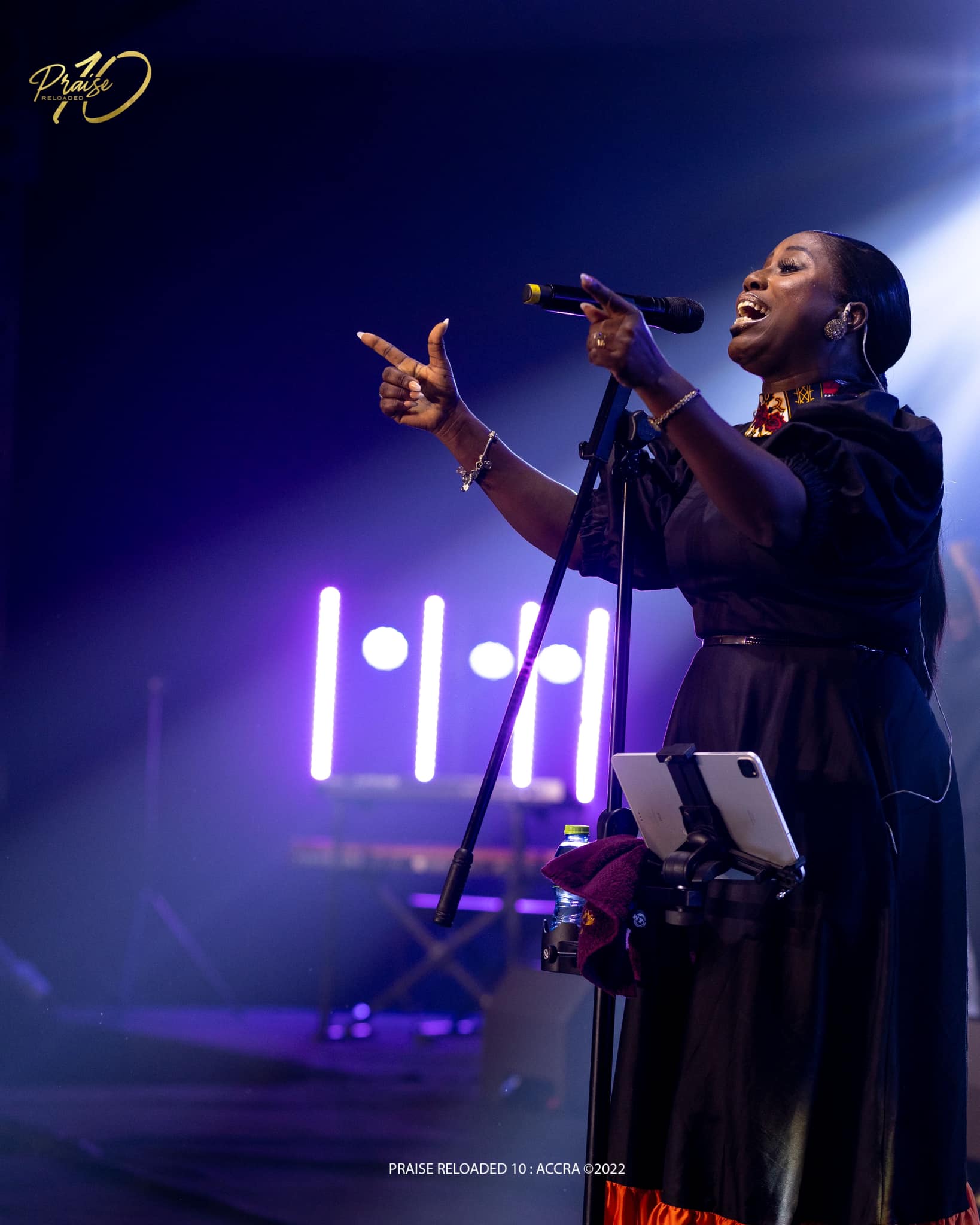 Ntokozo “the storm” Mbambo brought the Zulu heritage with her striking voice and vocal dexterity, hell needed the services of NADMO to sort them out. 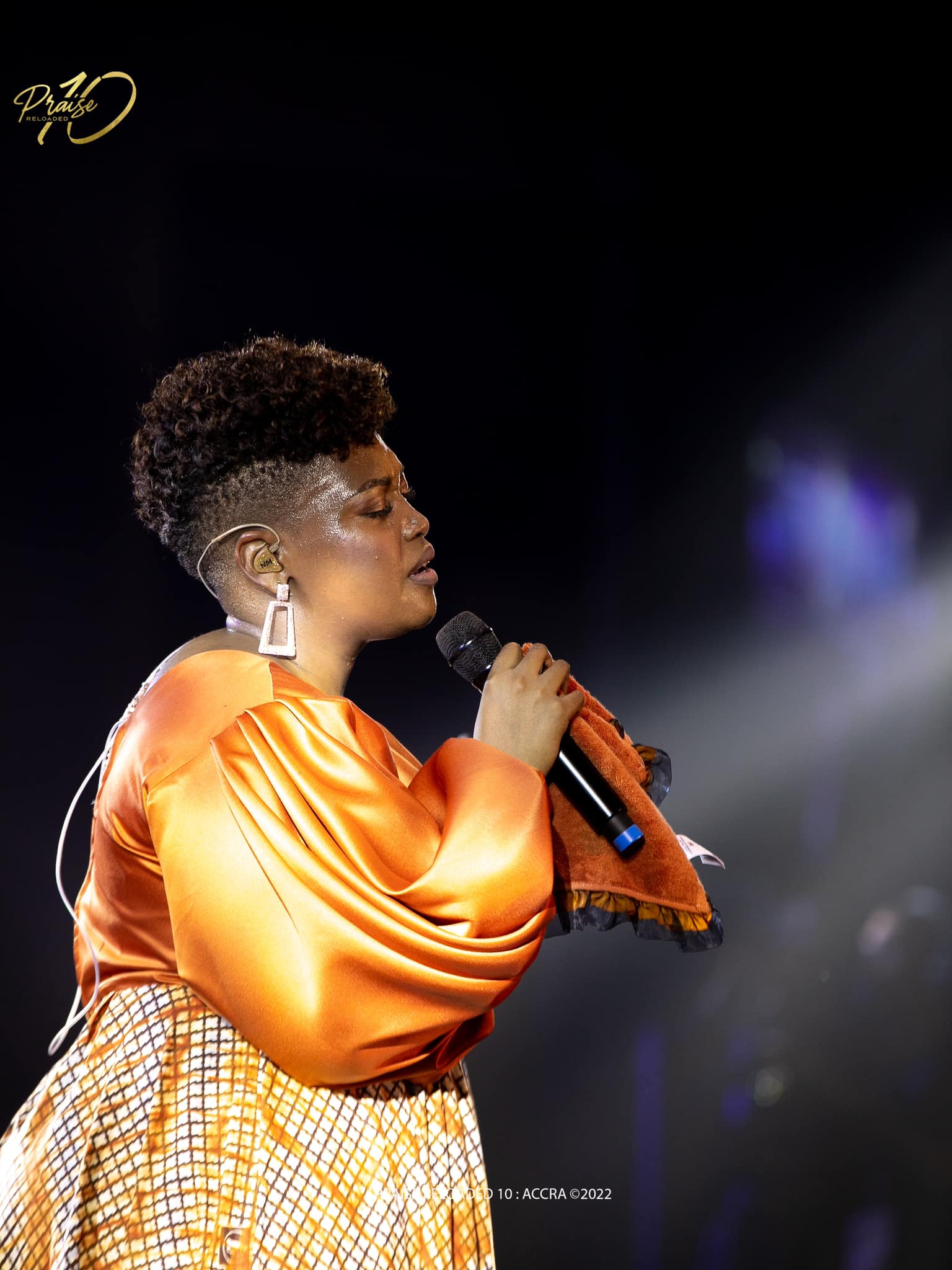 Nathaniel ‘baby face’ Bassey moved like the wind; an avatar of Elohim in the flesh. Personally, I have maintained that should the rapture happen in our days, we shouldn’t be worried about where Pastor Nat is. Because he is probably the guy behind the sound of the trumpet when it’s blown. 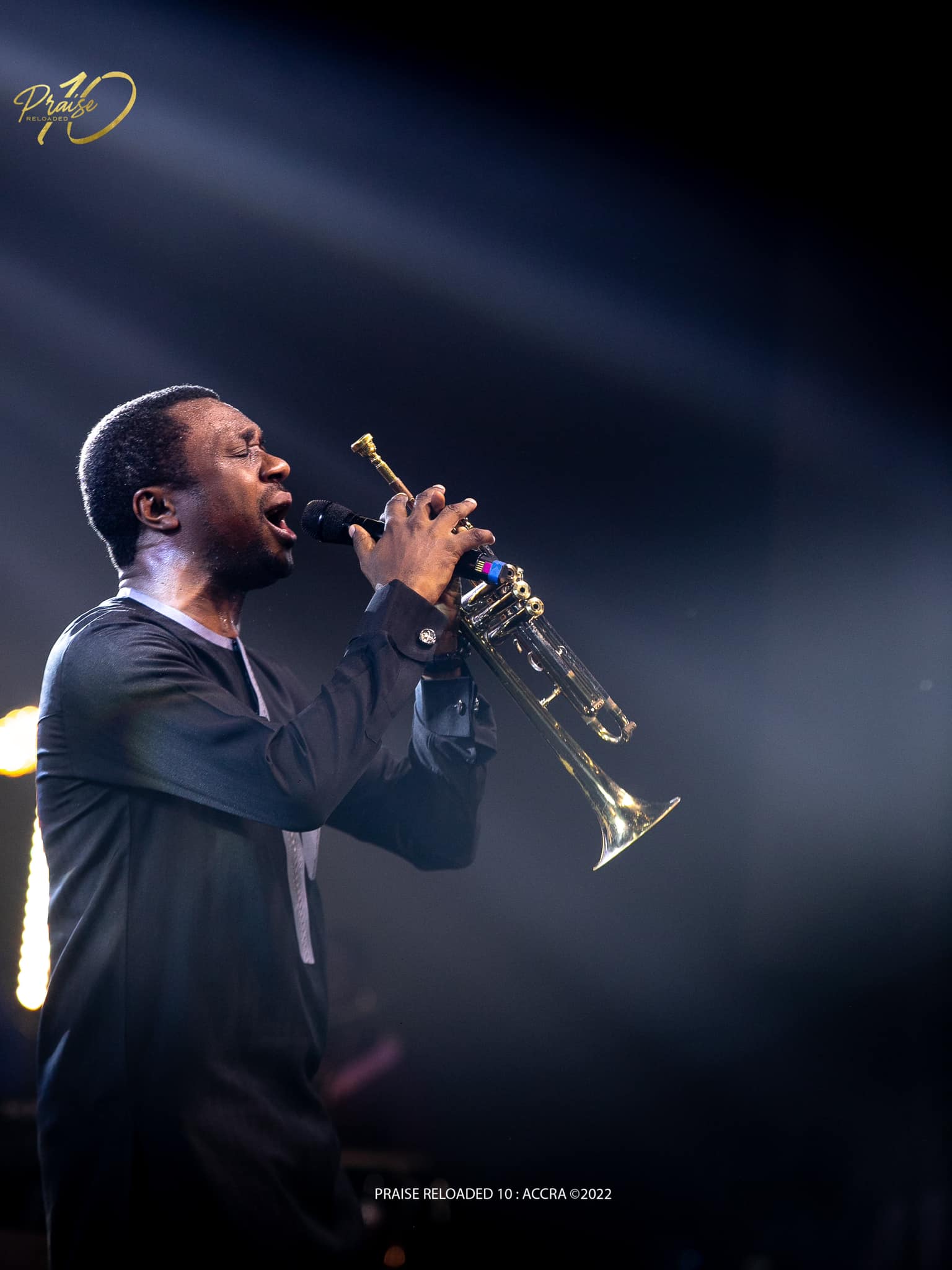 As soon as “Bra Joe” Mettle took his turn to mount the stage in his all-white tailormade regalia, a strong still voice will echo within the corridors of the dome saying “this is my son in whom I’m well pleased.”— a declaration reminiscent of Jesus’s first encounter with John the Baptist. 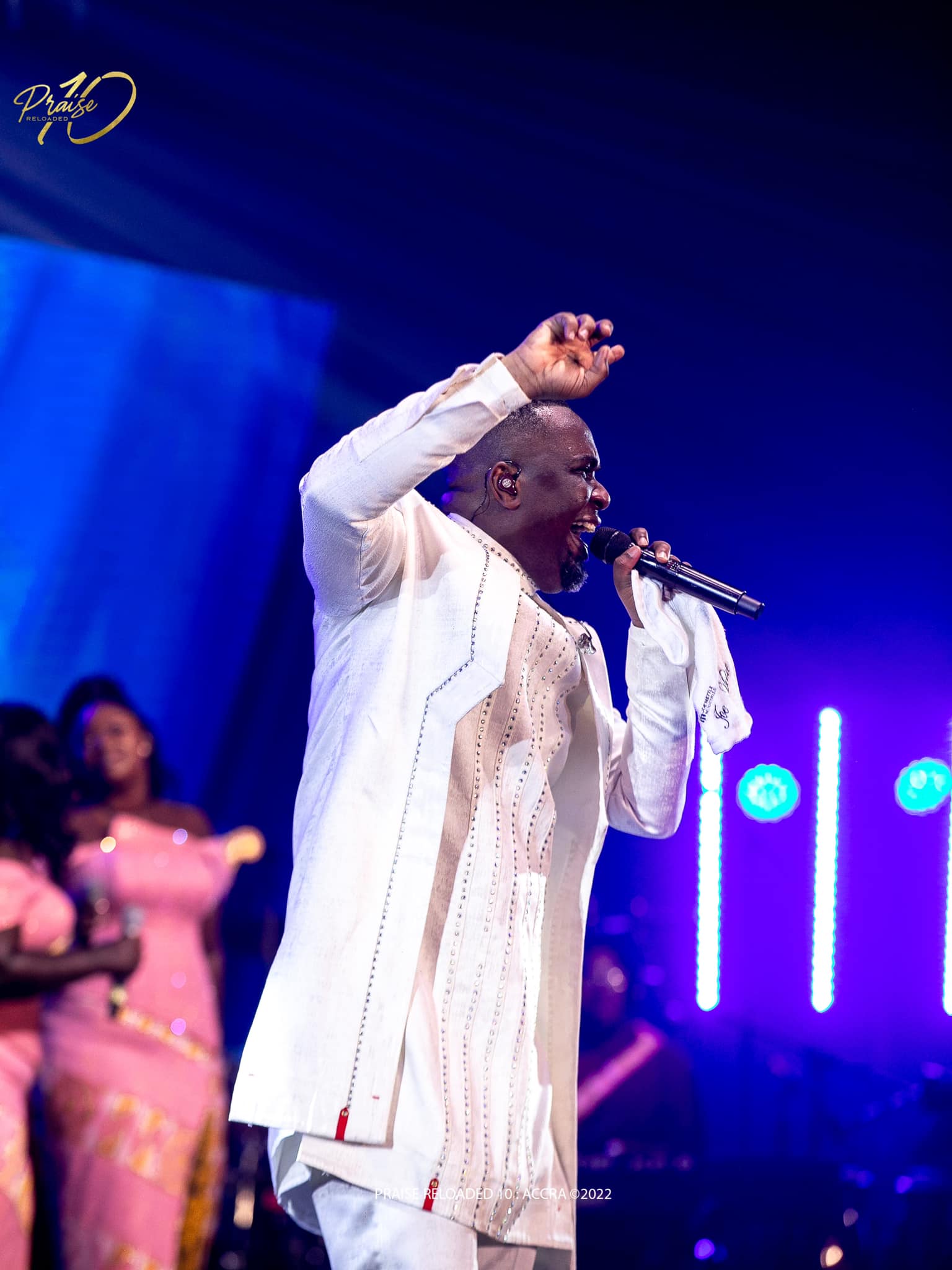 The accompanying psalmists who served as backing vocalists for the chosen vessels of the night gave the angels in heaven a huge run for their money. Not a single note was missed. As praises went up in diverse languages of music, our Lord Jesus will rightfully exalt himself and draw all men to him. 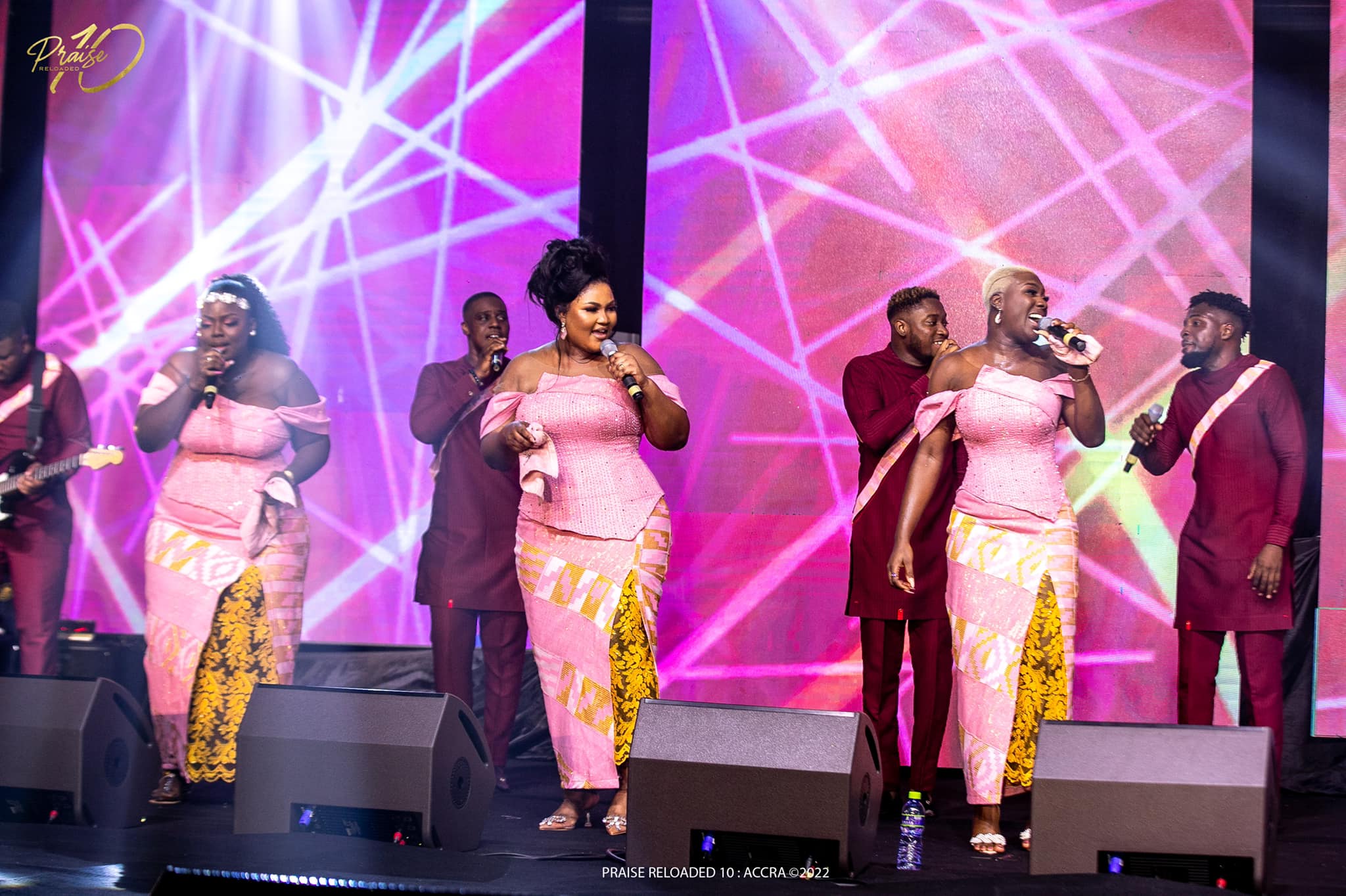 Lights, cameras, sound and all-around production were seamless. Once again, light and sound would have to put away their differences of winning the argument of who travels faster/further & work together for the overall glory of the experience. Where sound may fail, lights will be upstanding holding the gates for sound to find its feet to pass through on a retry. However, that was rarely the case. They both complemented each other perfectly, aligning with the agenda of the night.

Though I know they may be challenges behind the scenes, one thing stood out— excellence! The Super Bowl Halftime show will be looking to top that again. Hehe.

Honourable mentions to other Ghanaian gospel giants who showed up to support. Perhaps that’s the secret to these quality shows they put up. Inasmuch they come to support, they don’t only leave with the presence of God. It’s evident that they also leave with handouts looking to outdo their previous of the same.

The God we serve is a show-off; only right when we gather in his name, every living thing does the same, especially in production. No room for mediocrity.

However, I wish I saw a number of our brothers and sisters in the secular industry come around to learn a thing or two. This was probably the closest there is to a masterclass on how to put up a show & give patrons their money’s worth.

Nonetheless, one of the moments that made me very mushy was a couple also in attendance. During worship, the man grabbed & hugged his wife tight— praying passionately for her. Aargh, romance; my kind of romance.

There are two things that remain sure when it comes to Joe Mettle after 10 years of his ministry. 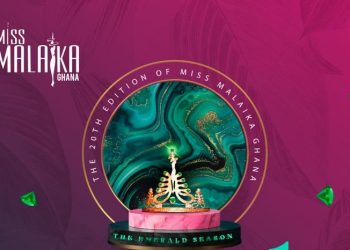 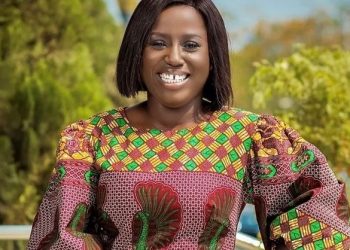 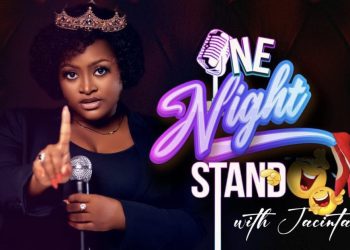 It’s a ‘One Night Stand’ with Jacinta on October 8 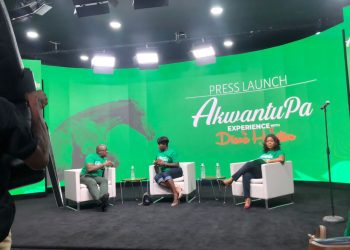 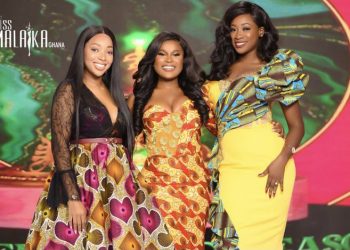 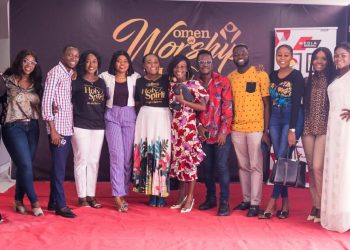