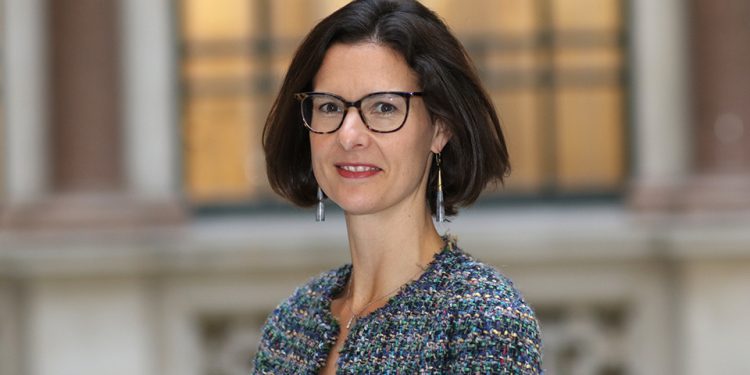 Being a senior diplomatic representative of a country is a demanding one, yet very interesting and explorative.

In June 2021, Her Excellency Harriet Thompson became the British High Commissioner to Ghana, making her the very first female to hold the position.

Prior to her arrival in Ghana, she was the Head of Mission and the Deputy British High Commissioner to Lagos and Abuja in Nigeria.

As the High Commissioner of the UK to Ghana, she is also the non-residential Commissioner for Togo, Benin, and Burkina Faso.

It goes without saying that she carries a hefty portfolio on her shoulders – but she sure does have a life outside of her work life!

Spending time with Apiorkor on Citi TV’s Diplomatic License, H.E revealed some interesting things about herself.

H.E. Harriet Thompson is the third of four children; two elder sisters and a younger brother. The first sister, however, is of blessed memory. She recounted fond memories of her childhood with her siblings.

She also jokingly described her mother as a “bad teacher”, as she succeeds at everything that she does and hence does not understand why others should fail.

Her dad, on the other hand, was more relaxed and did not worry much about whether or not everything was done right.

Nonetheless, H.E. says, “You would not want to be around when he loses his temper; when he’s lost it, he’s lost it”.

She is married to Nicholas Paul Thompson, and they have three lovely children, together.

Her Excellency recalls that as a young girl, she “hated being new”.

When she was about 6 years old, her family moved to a different city, and not too long afterwards, she was uprooted to yet another vicinity, where she struggled a bit to settle in.

She indicated to Apiorkor that now, she sometimes feels guilty about the fact that her own children are having to suffer the same fate as she did, and it is all because her job moves her around the world.

As a student,  she loved academia, including Mathematics, which a good number of people detest. However, she has grown to love the Creative Arts and is an avid consumer of its various components (Music, drawings, fashion, sculpture, etc.)

Interestingly, on this episode of Diplomatic License, she was treated to something that defined exactly what she loves; Creative Art – specifically Fashion.

They made a stop at the Avonsige Fashion House at Osu in Accra, Ghana, to witness first-hand the designer’s dress-making and creative process. On arrival, Avonsige greets H.E, Harriet Thompson, and Apiorkor, then she sends them (H.E, and Apiorkor) to go fabric shopping, for some material that would be used to make a Kimono, for each of them. H.E talked about her love for fabric shopping, although she is very terrible at making a choice, since she loves them all.

Almost everyone loves fashion; H.E Harriet Thompson is one lover of fashion not just because of how nice the finished products are, but because of how creative, and diverse the taste of the designers are.

Her love for diversity according to her is why she is in her profession.

“Growing up, I always wanted to travel and see different places, and experience different cultures. My first travel was to China for one year as part of my course requirements in school. This exposed me to a lot of experience. Being different from everybody was interesting, sometimes it was nice that people wanted to know more about me and what I was doing there, but sometimes it was a bit too much when people will see me out with friends and would begin taking pictures of us, pestering us to talk with them.”

This made me learn to respect people. “They might be different and interesting, but they are not there for your entertainment.”

For her legacy, it is to build upon and strengthen the relationship between Ghana and the UK just as her predecessors did, and also for her successors.

She is also a huge fan of jollof rice – a meal she confirms that her children enjoy, even though she says that they heavily criticise her Jollof-making skills.

H.E. Harriet Thompson has also fallen in love with banku (corn and cassava dough mix) and kenkey (corn dough dumpling), amongst a host of others.

H.E. Harriet Thompson has come to love Ghana to the extent where she would not mind considering it a place to settle.