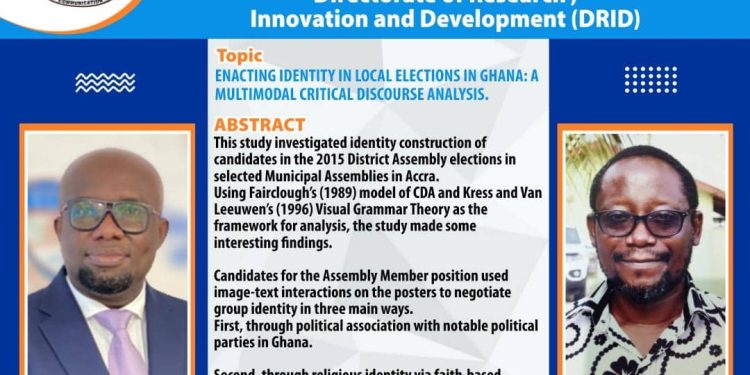 The Directorate of Research, Innovations, and Development (DRID) of the Ghana Institute of Journalism (GIJ) is set to organize a second Inter-faculty research seminar.

The event themed “Enacting identity in local elections in Ghana; A multimodal critical discourse analysis” comes off on Friday, August 19, 2022, at the Dzorwulu campus of GIJ.

The Chairman of the seminar is Professor Eric Opoku Mensah, the Deputy Rector of the institution. Lecturer at the Faculty of Journalism and Media Studies, GIJ, Dr. Paul Herzuah, will also be speaking at the seminar.

The study investigated the identity construction of candidates in the 2015 District Assembly elections in
selected Municipal Assemblies in Accra.

Using Faircdough’s (1989) model of CDA and Kress and Van Leeuwen’s (1996) Visual Grammar Theory as the framework for analysis, the study made some interesting findings.

Candidates for the Assembly Member position used image-text interactions on the posters to negotiate group identity in three main ways.

First, through political association with notable political parties in Ghana.

Second, through religious identity via faith-based messages, and thirdly, through ethnolinguistic identity via code-mixing strategies, all in an attempt to negotiate group identity thereby enhancing their chances of gaining more votes among the electorate.

The study has implications for group dynamics in political and non-political spaces within wider Ghanaian societies. 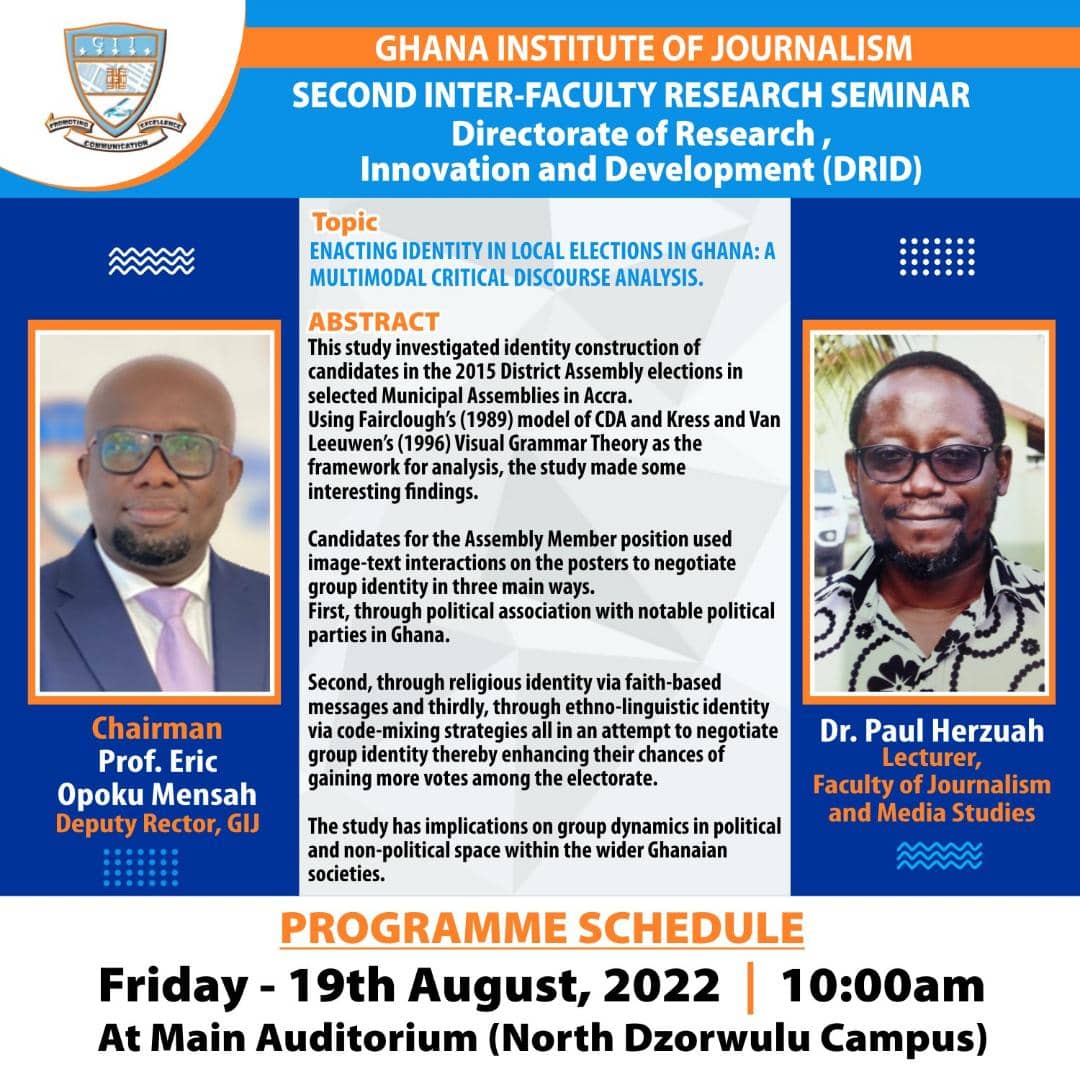