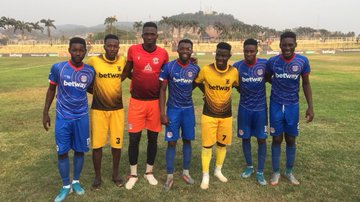 Match week 9 of the Ghana Premier League provided mixed results for the Betway-sponsored clubs who were all in action over the weekend.

Aduana Stars played perhaps the biggest game of the round when they hosted Hearts of Oak in Dormaa.

The defending league champions were looking to reclaim top spot and return to winning ways following their 3-1 thumping in Cape Coast three days prior.

In the end, the spoils were shared with Hearts of Oak with the game ending in a 0-0 stalemate.

Despite the results, Aduana did take top spot, moving up to 17 points from 9 games.

Ashantigold edged past Liberty Professionals 1-0 in Obuasi and a battle of the two Betway-sponsored clubs.

Appiah McCarthy converted a first half penalty for the only goal of the game deep into added time at the end of the first half.

Liberty had a big penalty shout turned down on the 60th minute when a Liberty player was hacked down in the box but the referee waved play on.

The decision left the Liberty players furious but they ultimately calmed down and finished the game much stronger.

Liberty Professionals will host Aduana Stars in another ‘Betway Derby’ next weekend while Ashantigold visit Asante Kotoko in regional derby. 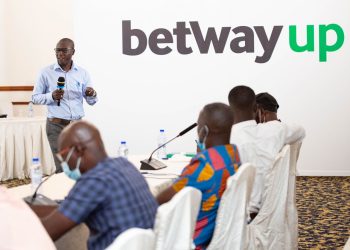