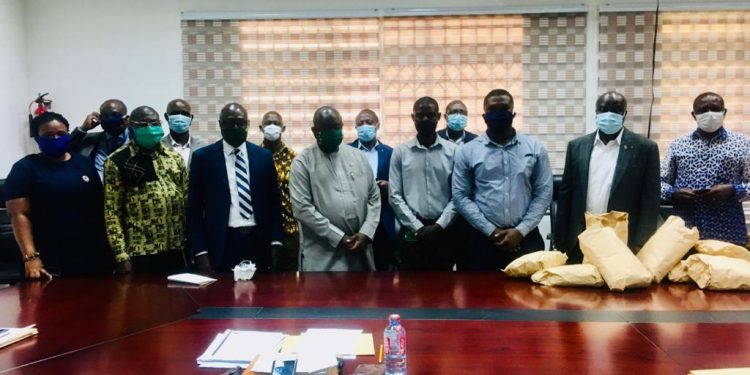 A team of surveyors from the Lands Commission led by Surv. Domena Antwi-Berko (Dep. Regional Surveyor, Eastern Region SMD) and Surv. Oscar Torsu (OIC-GELIS Implementation Unit, Accra) has embarked on a philanthropic journey in adherence to the President’s call on corporate entities and individuals to help minimize the spread of COVD-19 in the country.

They donated 400 pieces of face masks to the Lands Commission in Accra.

The team stated that they were inspired by the President’s call to compulsorily put on face masks when stepping out.

They see this as a way of giving back to society and also to support management efforts in providing Personal Protection Equipment (PPE) to its staff across the country. 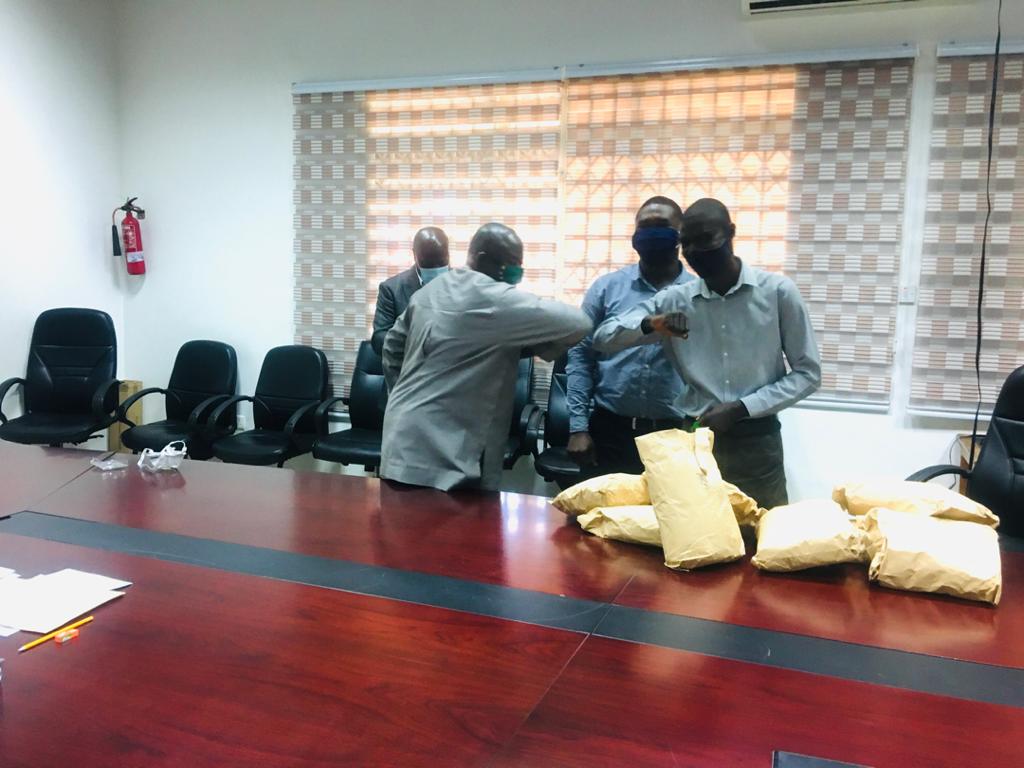 According to them, they have donated some of these face masks to several institutions like the Ghana Police Service, Ghana Immigration Service, Customs Division of GRA all in the Eastern Region, Ghana Institution of Surveyors, Taxi Unions in Koforidua, Ghana Education Service-Koforidua, Forestry Commission-Koforidua, OASL-Koforidua.

Other donations made were to the Okorase market near Koforidua, Akyem Awisa and Akyem Anomase Market Women in the Eastern Region and Bawku market in the Upper East Region.

The Executive Secretary of the Lands Commission, Alhaji Sulemana Mahama who was overwhelmed by the kind gesture appreciated their efforts for going out on their own volition to donate face masks to the Commission and other institutions. 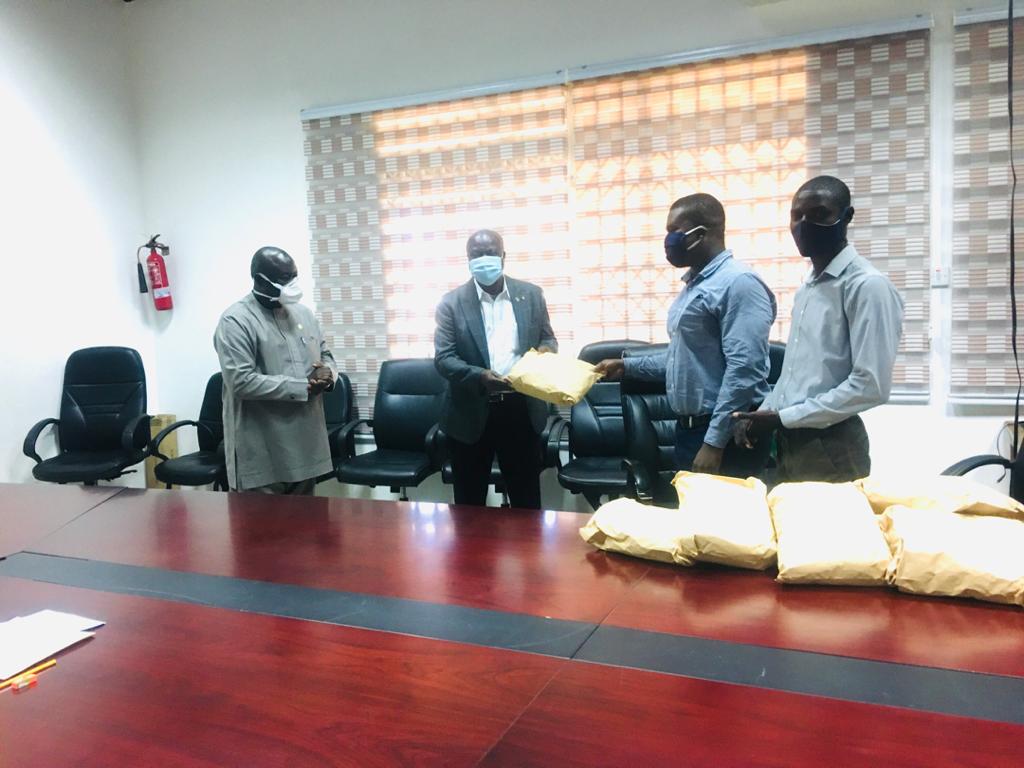