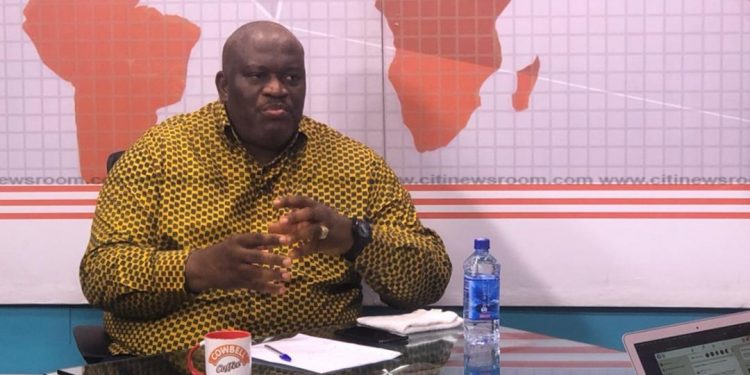 Henry Quartey, the Greater Accra Regional Minister, has urged residents within his jurisdiction not to view his actions towards ‘Making Accra work again’ through political lenses.

He says, the strategies he has so far adopted to make the national capital liveable and safer are all aimed at improving the sanitation situation and by extension, the living conditions of residents.

The Minister therefore says it will be wrong for anyone to think his vision for a better region is  politically motivated to cause harm to some persons or group of people.

“These are not matters of politics. The time has come for both the NPP and NDC to join forces in tackling issues of sanitation among others for the benefit of future generations”, the Minister said on the Point of View on Citi TV on Wednesday.

Henry Quartey since assuming office under his ‘Making Accra work again ‘ campaign, has undertaken several initiatives to provide lasting solutions to everyday challenges in the region, with the view to transform the national capital.

“There is a vision the President has for the region, so as a servant of the President, we have to ensure that he is able to realize his vision. Various stakeholders have thrown their support behind me. It shouldn’t be seen as political vindictiveness. We need to see how best we can create an enabling environment in Accra for all of us to live in this region”.

Henry Quartey gave assurances that the efforts to making Accra work again are sustainable and not “a nine-day wonder”, explaining in details his longterm plans for sustainability

While promising to use a multi-sectoral approach in making sure his vision for the region is realized, the Minister underscored the need to tackle the high levels of indiscipline among residents in the region.

Henry Quartey thus appealed for a change in attitude in achieving what he termed as a “war against indiscipline“.

Already, the Minister says there has been continuous broad consultations among various stakeholders on the future plans for the region.

In his view, the support he receives from stakeholders at all times, is proof that many are satisfied with the level of progress and change so far.

Universities’ Senior Staff yet to call off strike after ‘fruitful’ meeting with NLC, Fair Wages

Universities’ Senior Staff yet to call off strike after 'fruitful' meeting with NLC, Fair Wages