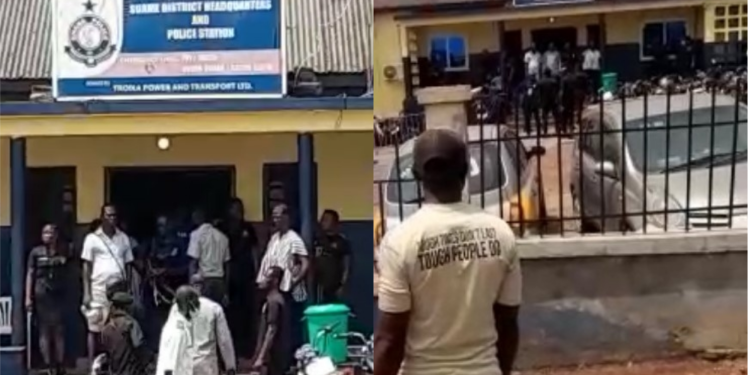 The Police administration and the Ghana Armed Forces have indicated their resolve to thoroughly investigate the alleged assault of some police officers at the Suame Police Station by soldiers on Friday.

The two security institutions have also vowed to deal with persons found culpable in the incident.

Citi News had earlier reported that there was heavy security deployment at the Ashanti Regional Police Headquarters and the Suame District Police Command after some soldiers attacked police officers who had arrested one of their colleagues.

Police officers at Suame arrested an ununiformed soldier for riding an unregistered motorbike on Friday, October 29, 2021.

Unhappy about the development, some of the soldiers allegedly attacked the Suame Police Station and physically assaulted the arresting officer.

“The two security institutions are committed to a harmonious relationship and will not condone any proven act of wrongdoing of personnel. We want to assure the general public of our unflinching commitment to peace, security and harmony in the country.” 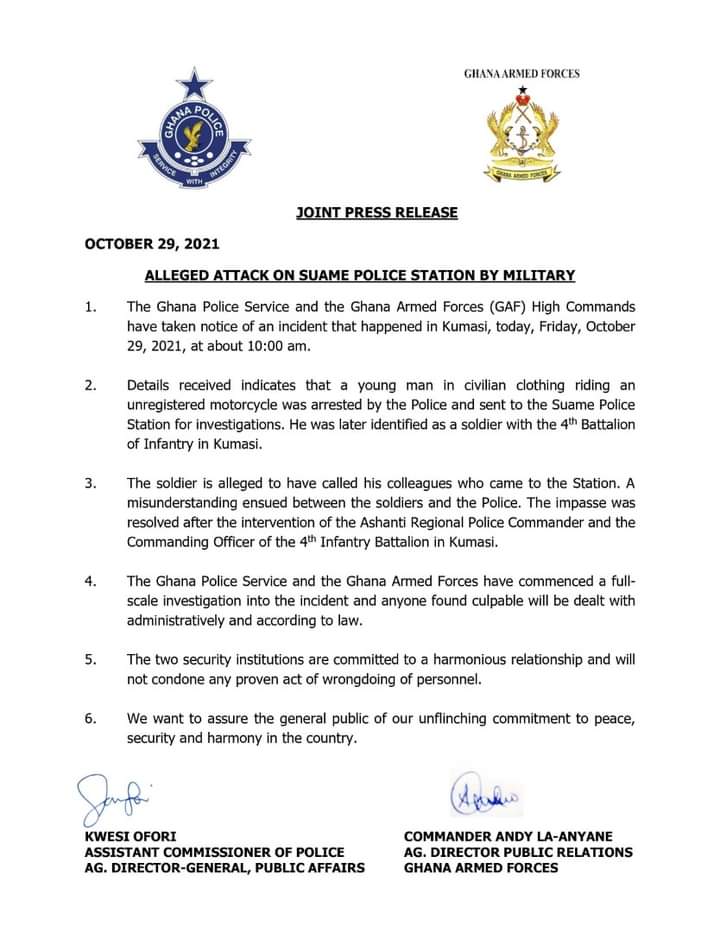