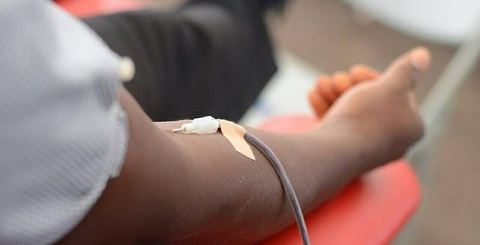 The Clinical Coordinator and Head of the Emergency Team at the Apinto Government Hospital in the Western Region, Dr. Joseph Darko, has reiterated appeals for more donations of blood to help save victims of the Bogoso Appiate explosion.

“One of the challenges we have in the country has got to do with blood. I don’t think we can ever say, we have enough blood. So obviously, we need blood because apart from the people who came in injured as a result of this explosion, we have patients who are due for surgeries so we need more blood because there are people who were given one pint instead of three pints”, he said.

The town of Appiate has been left deserted after the explosion, which occurred after a truck conveying mining explosives crashed with a motorcycle, according to reports.

The baby, believed to be the youngest who perished, died together with 12 other individuals after the blast that left over 50 persons with varying degrees of injuries.

Dr. Joseph Darko said most of the injured persons are responding to treatment.

“By and large, the patients are still responding to treatment. Some were sent to the theatre to be worked on. In my facility, we have one adult and a baby. A lot of them are doing well, but we have a few in critical situations, but plans are underway to airlift those whose injuries are quite critical,” the doctor added.

In the aftermath of the deadly explosion, the police put the total casualties at 190.

Out of this number, 96 of them have been discharged from the hospital, while 36 are still receiving treatment.

384 persons have been displaced. The death toll has been put at 13.