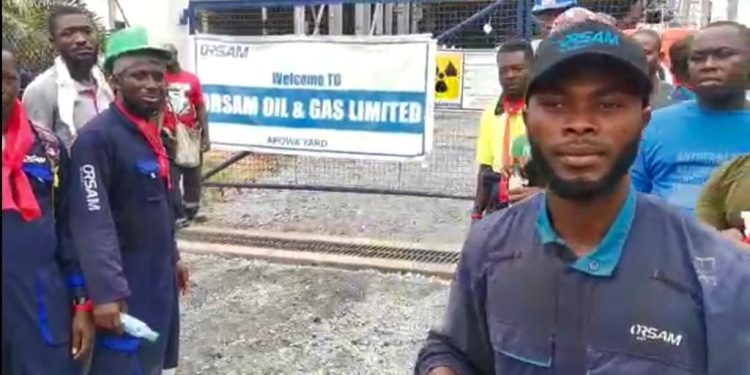 Over 50 Ghanaian contract workers working for Orsam Oil and Gas in the Western Region have been locked out following workers’ agitations on Wednesday over unfair working conditions and contractual issues.

The technicians including welders and fabricators are currently working on a major fabrication works worth millions of dollars meant for the five-year Jubilee South East field expansion development project
which is to increase Jubilee Field’s daily production by over 20,000 barrels.

The workers complained of being forced to sign unfair contracts and poor general working conditions. 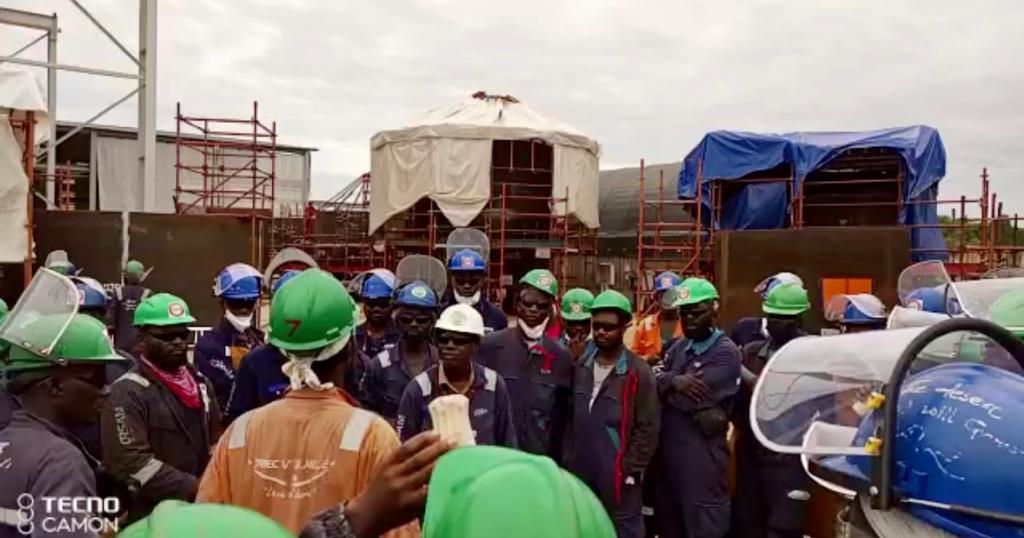 The Western Regional Industrial Relations Officer of the Chemical and Petroleum Workers Union, Richard Hanson explained the issues to Citi News and what the union is doing to resolve them.

“I was at the premises of Orsam Oil and Gas this [Thursday] morning in relation to the action that was taken by the contracted workers of Orsam regarding poor working conditions and rate of pay. Yesterday [Wednesday], the Western Regional Labour Officer visited the premises and had a phone conversation with the Union and called for a stakeholder meeting between the Orsam Oil and Gas Management, the subcontractors and the Union. It was agreed that the workers go back to work before the meeting, and so I went to talk to the workers.”

“Unfortunately, when I got there this [Thursday] morning, management of Orsam lad locked the workers out for calling for better working conditions and the rate of pay. Subsequently, the Regional Labour Officer met the Orsam Management and enquired from them as to why this morning the workers have been locked out contrary to the discussions the Regional Labour Officer had with the parties? In his (an official of Orsam) answer, he said it is a directive from above and that the subcontractors’ employer’s contract had been terminated, and subsequently, the workers who are working for the subcontractor do not have work in Orsam”, he narrated.

Richard Hanson, who described the situation as unfortunate however proposed a way forward to resolving the issue.

“It is quite unfortunate these things are happening. The way forward for us as a Union is the need for a harmonious working environment to be restored, and so we are going to push this to the leadership, thus both within the region and beyond, the security apparatus, and we have already informed the Regional Minister’s office as well as possibly bring other bodies to ensure that the issue is resolved amicably for the workers to go back to work.”

“Information we have also got from the Orsam management is that they have started contacting other subcontractors to be employed on the same project that they are terminating these workers to go away”, added. 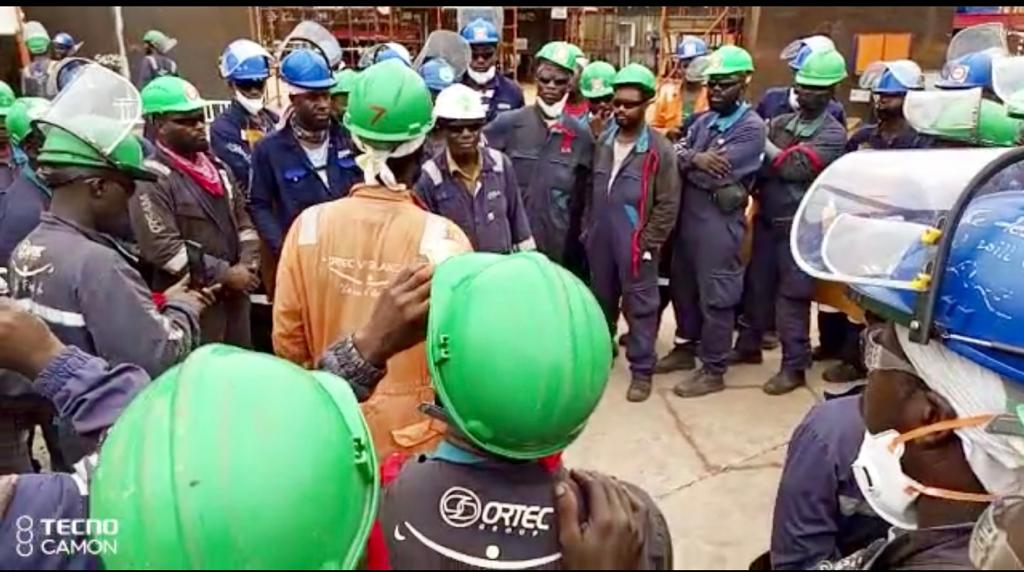 He said the workers have however sworn to prevent others, being locals or foreigners to be brought in whiles they have started the work.

Hanson further said the union will try as much as possible to ensure dialogue with all relevant stakeholders to resolve the issue.

In a petition to the Petroleum Commission which is the upstream oil and gas sector regulator, the workers appealed to the PC to intervene.

1. Lord Mocha and Emmanuel Atiappe who were unfairly terminated should be brought back.
2. The poor condition and service rate of pay by subcontractors should be reviewed to reflect the work we are doing.
3. The foreigners which Orsam management is bringing (Ivorians, Cameroonians, Togolese) to take the Ghanaians job must be prevented.
4. We expect Orsam Oil and Gas to join hands with the three subcontractors to resolve and conclude the breakdown discussions on the conditions of service and the rate of pay.
5. We are expecting the commission to call management of Orsam Oil and gas to open the gate for us to go and work tomorrow whiles negotiation continues.
It is our hope that the petroleum commission being the regulator in the industry will ensure that there is a peaceful working environment for all parties and with no victimization and threat of any termination of any appointment.“

Meanwhile, the managers of Orsam Oil and Gas Limited are yet to comment on the matter to Citi News despite several attempts to reach out to them.