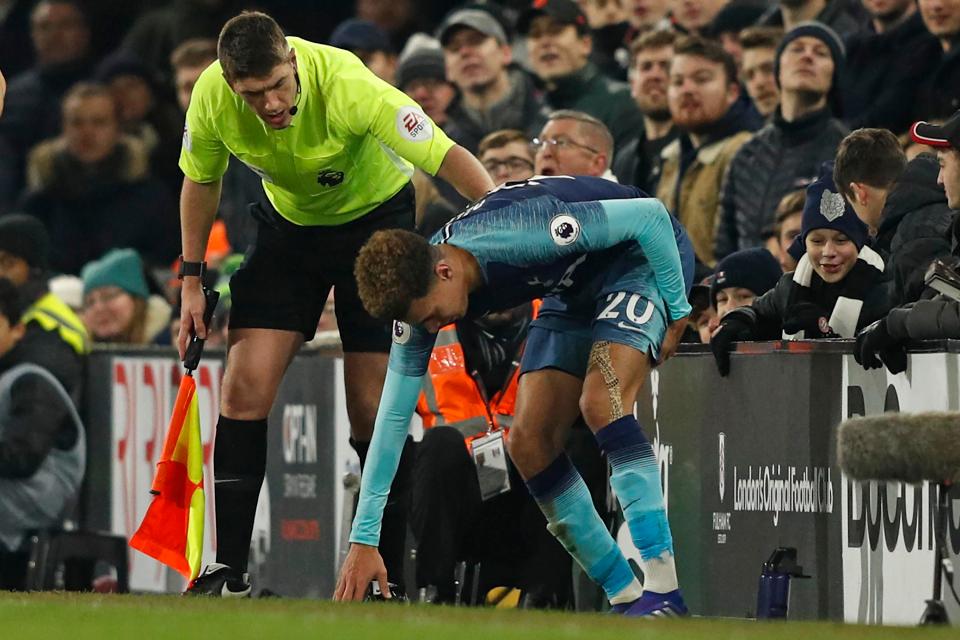 Dele Alli is not expected to return until March due to a hamstring strain, Tottenham Hotspur gave confirmed.

The England international limped off against Fulham on Sunday and was in visible agony as he left the pitch.

Incredibly, Dele has suffered the same injury twice already this season and missed the Champions League clash with Barcelona at Wembley.

Spurs said on Twitter: “Following scans and clinical assessment, we can confirm that @dele_official has suffered a hamstring strain, sustained during Sunday’s match.“Dele will now undergo a period of rehabilitation with our medical staff, with the expectation of returning to training in early March.”

He joins his England team-mate Harry Kane in the treatment room and is set to miss the club’s Carabao Cup semi-final second leg with Chelsea, and the potential final, the Champions League last-16 first leg against Borussia Dortmund and a host of important Premier League games.

As well as talisman Kane, Heung-min Son is away with South Korea at the AFC Asian Cup.

Son played as South Korea beat Bahrain after extra-time on Tuesday to extend his stay at the tournament by at least another week.

Lucas Moura is nearing a return from a knee injury and Pochettino might feel he has no choice but to throw him back into action at Stamford Bridge on Thursday as Spurs try to hold onto their 1-0 first-leg lead in the Carabao Cup semi-final.