The Criminal Investigations Department (CID) of the Ghana Police Service has arrested six persons in connection with the missing excavators and other seized equipment from illegal miners in the country.

According to the CID, these five other arrested individuals are accomplices of Mr. Ewusi who was contracted to take custody of the seized equipment.

The Police arrested all of them together with Ekow Ewusi on Monday, February 3, 2020, at Abelemkpe, a suburb of Accra.

How did the excavators get missing

A letter sighted by Citi News revealed that Prof. Frimpong-Boateng wrote a letter to the Police CID to investigate Horace Ekow Ewusi over his alleged involvement in the missing earth-moving equipment. 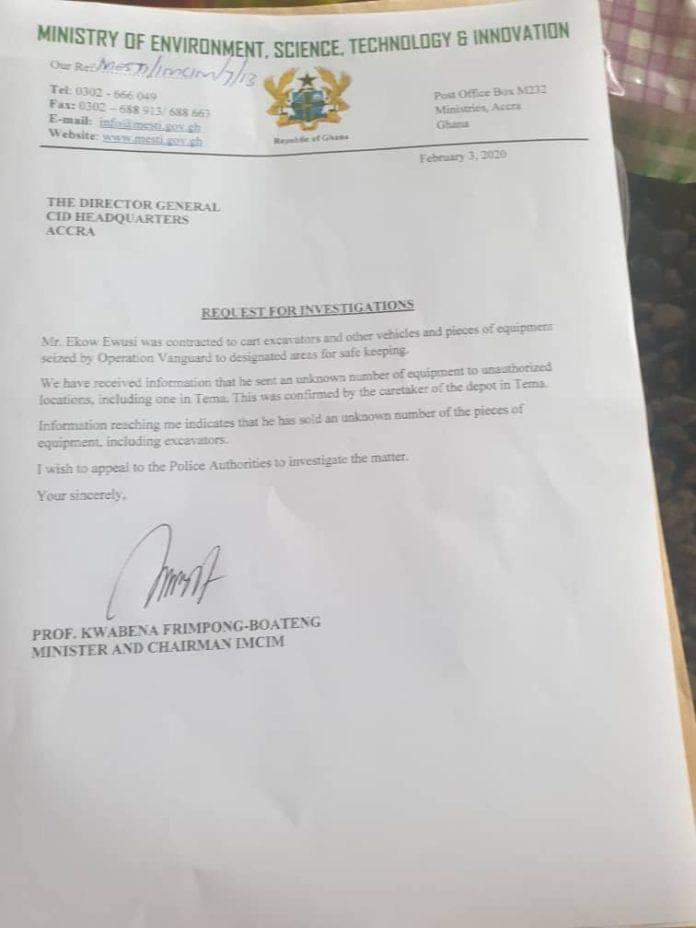