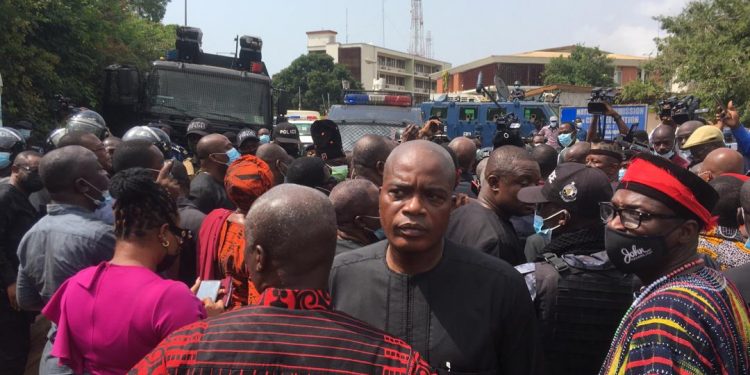 National Democratic Congress (NDC) legislators have threatened to boycott all activities of the Electoral Commission (EC) after they were blocked from armed police officers from petitioning the Commission on Tuesday, December 22, 2020.

Police officers stationed at the EC stopped the parliamentarians from accessing the premises of the Electoral Commission (EC) to present a petition stating their challenges with the recently held national elections and demanding the immediate collation of the 2020 Techiman South Constituency results.

The NDC MPs were led by Minority Leader, Haruna Iddrisu and the Minority Chief Whip, Alhaji Muntaka Mubarak who walked towards the EC but they were stopped by the police who insisted they will not allow them proceed beyond a barricaded area.

Some of the legislators were manhandled amidst the chaos and hesitation of the group to retreat.

The petition sighted by Citi News indicated that; “the NDC Caucus of the current Parliament is fully aligned with the contention of our Flagbearer, H.E. John Dramani Mahama and the National Executive Committee of the NDC that the results of the Presidential Elections stand rejected and therefore we await further instruction from the party’s leadership in that regard.”

They also insisted that there has not been a collation done in the Techiman South constituency.

“That we are reliably informed by the NDC Parliamentary Candidate that, no collation of the results from the various polling stations has taken place since the elections ended at the close of polls on the 7th of December, 2020; yet a declaration purported to have been made by the Electoral Commission in favour of the NPP Candidate is now public information.”

The opposition National Democratic Congress has insisted that its candidate won the elections contrary to the announcement from the EC that the NPP candidate, Martin Agyei Mensah Korsah won the polls.

It has said it will not accept the results of the elections because it was fraught with several irregularities including chaos at the collation center.

Meanwhile, the Assistant Commissioner of Police (ACP) Mr. Kwasi Ofori, Accra Regional Operations Commander, Ghana Police Service, has stated that they denied the minority in parliament access to the EC offices because they did not inform the police.

“They were supposed to notify us but nothing of that sort was done. We checked from the head of parliamentary police, Marshall’s office, Accra Regional Police desk and there was no such thing done.” 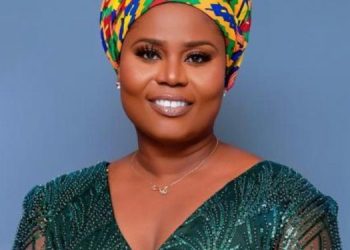 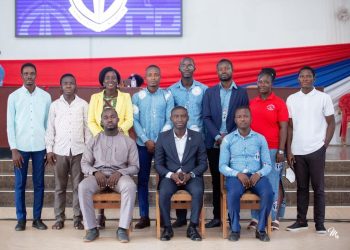