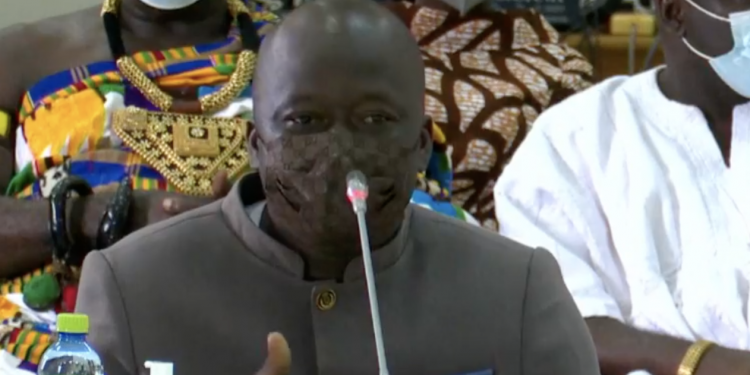 Mr. Frederick Adom Obeng, a Deputy Minister-designate for Transport, says it will be prudent for the government to construct the much-talked-about Cape Coast airport in the Central Region.

Mr. Adom insists that the construction of the airport will help in the expansion of the country for investments.

The announcement to build an airport in Cape Coast prior to election 2020, was greeted with mixed reactions and viewed by critics as a mere political promise for votes.

But the government justified the idea, insisting that a feasibility study on the project was ongoing.

The Deputy Transport Minister-designate, Adom Obeng, who appeared before Parliament’s Appointments Committee, endorsed the project when he was quizzed.

“We all realized that some major tourist sites are in the Cape Coast part of the country. So I support the government’s promise to build an airport there. It’s very prudent and necessary; so having an airport there will improve tourist activities in the area.”

Mr. Yofi Grant said there was enough investor-related evidence to back the establishment of a new airport in Cape Coast.

“The Central Region is becoming a hotbed for business. It is also becoming the nexus for tourism even within the sub-region. People can fly from Côte d’Ivoire or Kumasi to Cape Coast. Do you know the number of people who go to Cape Coast in a year? The Ghana Tourism Authority tells me that about 300,000 people go to Cape Coast alone for Tourism.”

“If you talk about people who go to the Central Region, that may add up to about another 100,000, so you are already finding a population or a market that moves speedily in and out. I always talk to investors and when I tell them to go to Cape Coast, they say they can’t go and come back because their flight is in the night and if they go by road, they might miss their flight.”

Recipient of $40,000 high school scholarship asks that it be given to a community college student

Recipient of $40,000 high school scholarship asks that it be given to a community college student